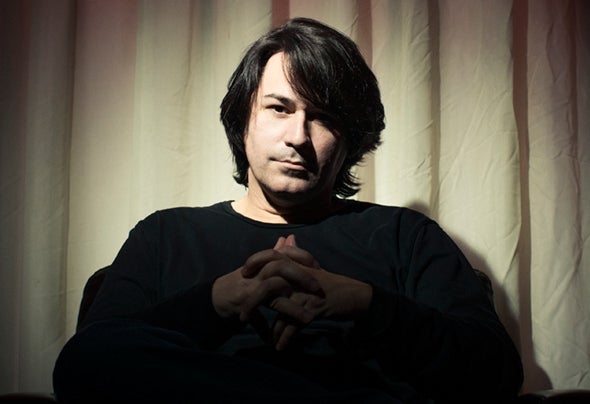 Spanish duo AeroSoul consists of Ivan Torrent and Joan Fernandez, two dedicated musicians who have been developing their craft for many years. They have released hits like "Isla Blanca", "Al despertar" and "Sometimes" [Vendetta Recordings], for which they received tremendous international DJ support. Another standout release was "Sometimes," remixed by David Penn [Urbana Recordings]. Their work "Time is by Your Side" [TUSOM] received the support of D- Formation & Sergio Fernández (Beatfreak) and reached the top ten chart on Juno Records.Their remix for Strazz ́s "I Can't Go On" (Teeandgee vs Aerosoul Remixes) was supported by Roger Sanchez and was a fixture at the "Release Yourself" parties in Pacha Ibiza. Last but not least, "Summer Rain" [TUSOM] included remixes by David Ferrero and received great support in Spain and beyond.Joan started a family in recent years, prompting AeroSoul to take a temporary hiatus. 2013 is destined to be their comeback year.Joan Fernández is a versatile DJ and producer from Barcelona, with a professional career that has spanned over 25 years.As a regular DJ in Barcelona and the Costa Brava, he was awarded "Best Spanish DJ" in 1998. The same year, he became co-producer of "Cadena 40 Principales Radio" (alongside Dani Moreno), which was truly one of the best house radio programs ever made in the city "Fes-te Pols" from Radio Barcelona, dedicated to the club scene and house music in general.His 7-year residence at the Avenue club allowed him to enter the club scene of Barcelona and to share the turntables with such DJ's as Farley "JackMaster" Funk, Phats & Small, E-Smoove, Fafa Monteco, Frank O'Moiraghi, Dj Falcon, Dj Pipi, Java, Jerry Ropero, Erick E, Javi Mula or Jesse Garcia, among others, also traveling throughout Spain as a guest DJ.Ivan Torrent, after several years of academic musical training, and at an early age, recorded his first product ion wit h Raul M and Jordi Cubino, who is composer and co-producer (along with Kike Santander) from the first album of David Bisbal, “Corazon Latino”. His trajectory as a musician began over 15 years ago; in this span, he has worked with numerous acclaimed international artists, such as Monica Naranjo, for whom he helped to compose a new LP (alongside Jordi Garrido), programming and scoring all the tracks.Ivan on Teeandgee has composed “Electroshock,” the debut album from STRAZZ (which have been in the top places of the national charts of sales AFYVE -- now “PROMUSICAE” -- with their themes “Widescream”, “Who do you love?” and “I can’t go on”). In addit ion, he has remixed t hem and has prepared all the art work concepts of the“Electroshock Dance Tour”.Several productions from TeeandGee and AeroSoul also affirm his tremendous musical experience and talent, not to mention some wonderful chill-out and dance compilations that he has composed in recent years.