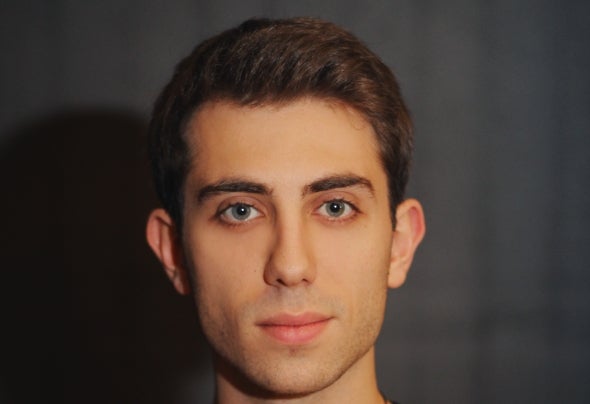 “If you can make it here, you can make it anywhere,” sang Frank Sinatra about New York City, a town littered with hyper-competitive creators and the most fastidious consumers of culture. Indeed, New York City is where people come to be the best at their craft. It is here, where another New Jersey native, has crossed the Hudson, honed his artistry, and become enmeshed in the musical fabric of New York. Twenty-three year old Jenaux (Eugene Veltman) has been composing, producing, and performing electronic dance music for seven years. His hard work and talent have made him a mainstay in New York’s hottest nightclubs. At a time when electronic dance music is exploding on a global level, two of the genre’s most beloved clubs, Pachaand Finale, have named Jenaux a resident DJ, as they know he can stand beside icons and thoroughly entertain their dance-thirsty crowds.Aside from sharing the stage with some of the most beloved acts in EDM including Porter Robinson, Zedd, Laidback Luke, and Knife Party, Jenaux has performed at a myriad of notable venues including New York’s Webster Hall and Roseland Ballroom, Boston’s Prime, and Trenton’s Sun National Bank Center for DayGlow Festival.As Jenaux’s live performances have taken flight, his original productions have begun to make undeniable waves in the EDM community. A recent single, Free To Rave [Big & Dirty Recordings/BeYourself Music], quickly made its mark with fans and critics alike. Of the track, Vibe Magazine noted, “Free to Rave is a must have for any summer house party playlist.” Leading EDM blog, Less Than 3 applauded the tracks “bassline of epic proportion.”Jenaux started studying music at the tender age of 5, with an intense regiment of classical theory and piano lessons. Years later, Jenaux has incorporated that training into his compositions and production, understanding that there is no replacement for a meticulously constructed melody and rhythmic syncopation that kills the genre’s predictable precedent. With a deep musical proficiency, rapidly growing fan base, and the greatest city in the world as his home court, Jenaux is quickly climbing to the top of the heap.