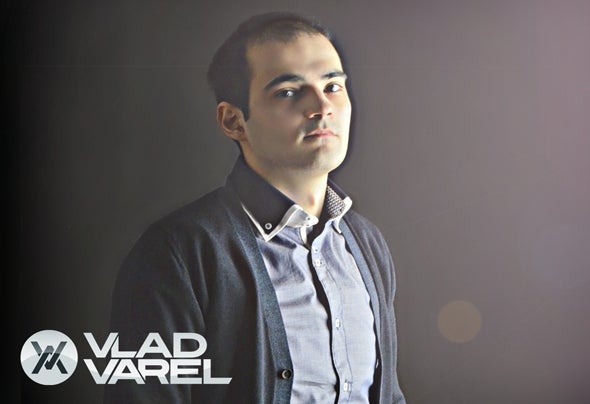 His tracks & remixes gained numerous support from the likes of: Armin van Buuren, Markus Schulz, Ferry Corsten, Gareth Emery, Dash Berlin, Super8 & Tab, MaRLo, Roger Shah, Pedro Del Mar, Mike Shiver, Andy Duguid, Steve Brian, Leon Bolier, Mark Pledger, SHato & Paul Rockseek, Muska, Mohamed Ragab, Rave Channel, A... imoon, Steve Anderson, Bjorn Akesson, Al Bizzare, Victor Dinaire, Corti Organ, Extravagance SL, Las Salinas, Jan Miller, Poshout and many others. Today Vlad is A&R of Tool Records/Tool Trance and host together with Steve Brian of the official labels radioshow "Tool Sessions" on Di.fm.And that is only the beginning of path to leave a mark in the EDM scene, watch out for the upcoming news.Vlad Varel - real name Vladimir Vareldzhan, a creative and talented musician, organiser of parties, DJ & producer from Rostov-on-Don in Russia.All conscious life Vladimir has been connected with music. Since the early childhood in a solar city of Sukhumi at the age of 5 years has started to try to play and create own motives on a guitar. After the arrival to Rostov-on-Don, soon he has started to practise music professionally and has arrived in musical school on a class a violin, then he has gone on a class a guitar. Having ended musical school Vladimir has understood that he cannot live without music and beginnings attentively to study music, has mastered game on a piano and from 14-year-old age has started to create own tracks. The first tracks which he listened more and more are brought by something new more and opened new horizons for it. Mixes known Dj's, have reversed its perception of music. During this period he began to be interested more in club music and its creation. Has started to penetrate more, to study, communicate with people who have let him know that he should live music.