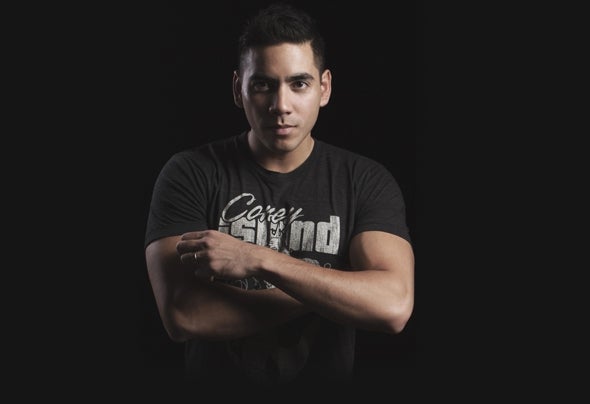 If you haven’t seen or heard the likes of Noah Neiman, put on your dancing shoes and get ready to jump! As if leading a Clark Kent/Superman double life,this mild mannered doctor-by-day, shape shifts into an electro-trance sensation at night, whose music is bursting with energy! Having learned t o play t he piano, violin and t rombone all before age 11, Noahhas combined the classical training of his youth with his passion for dance music to become one of EDM’s rising producer/DJ stars. He has released originalrecords and remixes through the industry’s leading imprints including Lange Recordings and Coldharbour Recordings. Supported by the world’s foremostDJs, virtually all of his tracks have visited Beatport’s Top 100 Trance and Progressive charts. Although he had already established himself as a formidable producer early onwith his remix of ‘On Hold’ by Karanda, personally asked for by Markus Schulz, it was in 2011 when Noah really began turning heads. His first single on Lange Recordings, ‘Desert Of My Heart,’ was backed by top DJs including Ferry Corsten, Gareth Emery, tyDi and more. With this track, Noah found his signature sound, using gritty basslines, euphoric melodies and dubstep-influenced effects that blur the lines between EDM’s most popular sub- genres. His follow up track, ‘Endorush,’ became a runaway smash hit and was featured on countless A-list radio shows such as Armin van Buuren’s 'A State of T rance,' T rit onal’s 'Air Up There,' twice on Paul Oakenfold’s 'Planet Perfecto' and on the ASOT 550 broadcast at the Ministry of Sound in London as part of Lange’s live set. The summer of 2012 saw the release of ‘They Have Laser Eyes,’ which garnered immense success in the EDM world, being selected by Paul Van Dyk to be part of his August Vonyc Sessions Selection, Track of the Week by both Sean Tyas and W&W, hitting #2 on Beatport's Top 10 Trance chart and visiting the Top 50 Overall chart as well. Soon after that came ‘Another Life,’ which was also heavily supported by the world's best DJs and went on to chart at #4onBeatport's Top 10 Trance. Recently, Heatbeat, Lange and Australian record label Amon Vision have each called upon Noah’s unique brand of production to craft remixes that will be blowing minds lat er t his year and next . With his expanding catalog of chart smashing, cutting edge music, Noah brings his boisterous studio talent to the grand arena, showcasing his music to the masses in his bimonthly radio show-podcast, ‘The Rush,’ and taking to live tour with his highly animated and infectious stage presence, as was evidenced in his main stage performance at the first annual Euphoria Music Festival. As charismatic as he is, both on and off stage, it’s no wonder fans and DJs alike are taking notice!