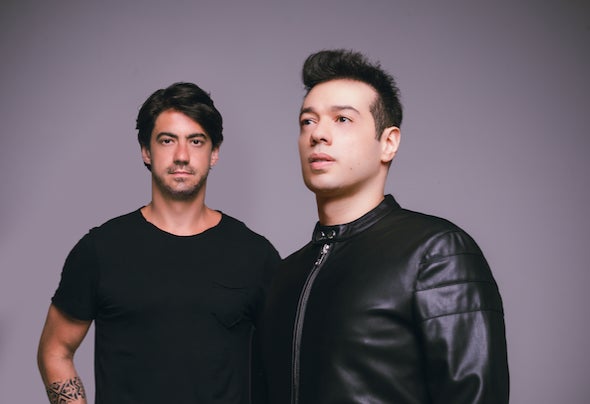 After successful solo careers playing around the world as other alias, brazilian producers Fred Vieira and Rafael Noronha decided to join forces to create SUBB. In last 3 years the duo have almost 30 million streaming at Spotify (one of the most heard DJs in Brazil) with releases at Spinnin Records, Ultra Music, Future House Music, Enhanced Music, Universal, Sony etc including a official remix for Galantis & NGHTMR single “Tu Tu Tu” that had 200k plays at the first 24 hours of the release. SUBB is also constantly at 1001tracklist’s overall chart, getting TOP4 with “No Turning Back Remix” and TOP10 with “Black Out”, being one of the most supported artists in Brazil in last months. ‘Black Out’ also entered the concurred ‘A State of Dance Music 2020’ list as one of the most played tech house songs of 2020. Their music was played by several DJs around the globe including Martin Garrix, Alok, Hardwell, Afrojack, Steve Aoki, Dimitri Vegas & Like Mike, Nicky Romero, Fedde Le Grand, EDX and many more.