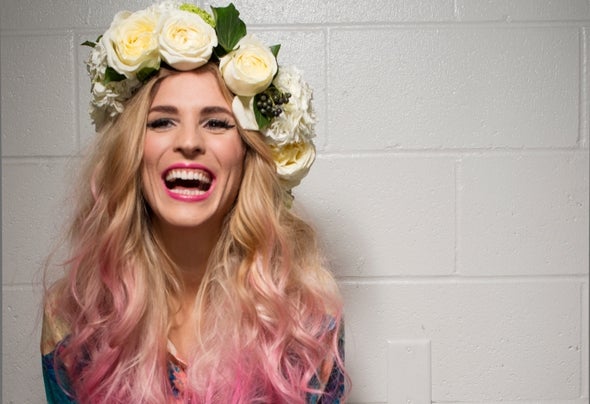 Tania Zygar’s musical talents began at an early age when she began extensive training on both the piano and guitar at the Royal Conservatory of Music in Canada. In just a few short years, the singer/songwriter has made a real impact on the electronic dance music scene with her catchy hooks and silky vocals. Her talent caught the attention of EDM producer, Zoltan Kontes in 2009. The two found success on ‘Take Hold of Me’, released on Black Hole Recordings. This track was supported by a multitude of heavy-hitting DJ’s, such as Tiesto, Paul van Dyk, Matt Darey, and tyDi and played out all around the world.After “Take Hold of Me”, Zygar made a lasting impression during the summer of 2010 with the deliciously-catchy single ‘Vanilla’, released on AVA/Armada with progressive house/trance producer, tyDi. One of the most popular tunes of the season, ‘Vanilla’ reached the top 10 position of several EDM charts and radio formats, including Beatport. The single gained worldwide popularity and was supported by countless DJ’s and also became a recurrent hit on widely successful podcasts; including Above & Beyond’s “Trance Around T he World” and Armin van Buuren’s “A State Of Trance.” The summer of 2011 allowed the world to further discover the brewing artistry of Tania Zygar, where she humbly served as the opening act for none other than one of EDM’s most successful artist,Armin van Buuren.Since then Tania has released tracks with another magnitude of DJ’s such as BT, Arty, Estiva, tyDi, Matt Lange, Shogun, and Max Graham. Tania has also performed live to her audiences in various cities including, Beirut, Montreal, Vancouver, Ottawa, Los Angeles and Las Vegas, and has big plans to extend his list greatly in the near future. The woman who was voted EDM’s sexiest female by Complex magazine and Best Newcomer by Beatsmedia; Tania Zygar, topped the Beatport trance chart for 4 consecutive weeks with her immensely successful collaboration with Arty, ‘The Wall’, released on Enhanced Music. Her 3 collaborationswith tyDi on his last album “Shooting Stars” saw number #1 spots in the iTunes Dance charts all around the world and were so popular that they have been re-released on tyDi’s recent acoustic album, “Hotel Rooms’ in November 2013.This past summer, Tania Zygar released the hugely successful track ‘Stem The Tides’ with Grammy-nominated BT & tyDi, and “Find Me” with Shogun, and is now about to release her debut solo album ‘Now or Never’. The album features fourteen songs - it’s set to be a true musical masterpiece. After its release, Tania will be travelling all around the world for her album launch tour that will showans and critics what she’s really made of and why she’s one of the most adored artists on the scene.With a slew of upcoming live performances, new collaborations and a debut artist album to be released, Tania Zygar is a budding EDM artist that is destined for longevity. Citing other female electronic artists like Imogen Heap, Lights, Ellie Goulding & Robyn as her greatest musical influences, Zygar possesses the talent to reach an array of electronic dance music fans and beyond - this just marks the beginning.