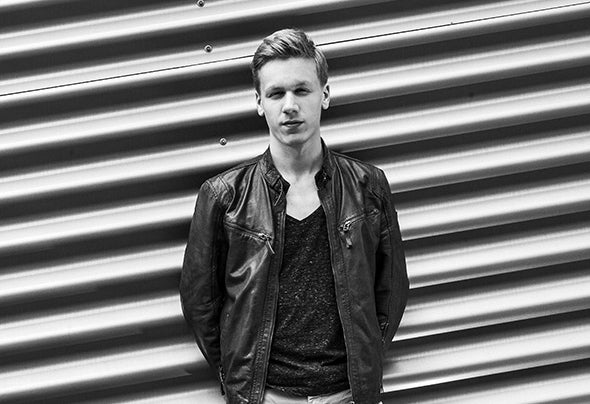 Jordin Post, commonly known as Juventa is one of the new- breed of super talented DJ/Producers in the scene unrestricted by genre boundaries, who at every turn continues to amaze and entertain with his studio output and DJ performances that most artists could only dream of being able to achieve at such a young age.With his first release at just 15 years old, Juventa quickly established himself thanks to diverse productions and remixes across leading labels such as Enhanced Music, 5 x World Number 1 DJ Armin Van Buuren's very own Armada Music imprint in Holland, scene legends Above & Beyond's Anjunabeats and even appearances on the likes of Disney, as his constantly evolving sound continues attract new fans to his fresh take on EDM.Now just 19 years old and with an army of A List DJ fans, Juventa has also seen serious air time on the likes of the UK's leading radio station BBC Radio One, and in the USA on Sirius XM with stand out hits such as 'The Strip', 'Bitsmash', '405' & his recent collaboration with vocalist Erica Curran: 'Move Into Light'. T he aforementioned 'Move Into Light' has without question been his biggest hit to date, topping the dance charts in summer 2013 and the official music video racking up hundreds of thousands of views in a matter of days since it release. In addition to his own hits, he's been commissioned by none other than Above & Beyond for no fewer than three remixes on their Anjunabeats label, and has also remixed the likes of trance superstar Dash Berlin and the USA's leading duo Tritonal. Such work has gone on to establish him as a key name with the ability to put a star turn on any release.Over the past few years Jordin's style has developed in the most modern sense - whilst maintaining the melodic edge, a more progressive big room flavour has caught the ears of the biggest DJs on the planet, as he infuses genres to create his own unique 'Juventa' sound, and a sound that has made him in high demand across the globe as fans flock to see him perform live, from the likes of megaclub Home in Sydney,Australia, to Korea for The World DJ Festival in Seoul and The Czech Republic for Transfusion in Prague. And the list doesn't stop there, where amongst a long list of career highlights he's also rocked the world famous Ministry Of Sound in London UK, and the 30,000 strong A State Of Trance in his homeland The Netherlands. A certified star at 19, and it's only just begun for Juventa!