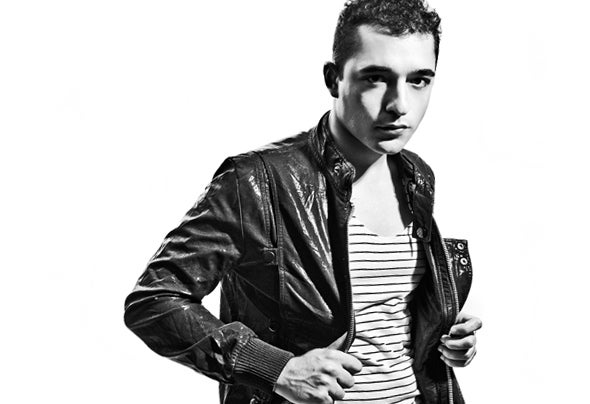 Amurai is a rising Trance artist already described as a pioneer in the contemporary electronic music scene. His distinct style of sound originates not only from his unique ability as a Music Producer, DJ and composer but also from his talent as a songwriter and vocalist.In 2011, Amurai contributed as a producer and songwriter in developing ATB's 9th studio artist album entitled "Distant Earth." The album peaked at #7 in the German mainstream Billboard Charts and later reached Gold status. Later that year, Amurai was invited by ATB to participate in "ATB In Concert", hosted in Poznan, Poland, to play live piano and close out the concert with a unique DJ set.Furthermore, Ferry Corsten, a famed Dutch label owner and DJ, spotted Amurai and featured him in his highly regarded “Once Upon A Night” compilations. Amurai was the only artist to have two songs featured on each of the 2-part compilation series.Throughout his career, the young music producer managed to secure releases on some of Europe’s most highly respectable electronic dance music labels such as Armada Recordings and Black Hole Recordings. Amurai, who often finds inspiration from his Armenian roots, has garnered immense support from high ranking DJs including Tiesto, Armin Van Buuren, ATB, Above & Beyond, Gareth Emery, Roger Shah, Andy Moor, and Dash Berlin among others.In the first quarter of 2009, Amurai started his DJ career by launching his own internationally broadcasted electronic radio show called ‘Amurai Global’. The show airs on over 10 online and FM radio stations and is also available as a podcast. One year later, Amurai joined the LMD Group in Los Angeles and claimed residency on Saturdays at Club Circus. His residency enabled him to DJ alongside artists such as Cosmic Gate, tyDi, Solarstone, Tritonal, Simon Patterson and Solarstone while representing the Trance music scene in Los Angeles.The future holds great surprises for this young artist. With his unique abilities, Amurai is ready to reinvent the electronic dance music scene both in Los Angeles and the rest of the world.