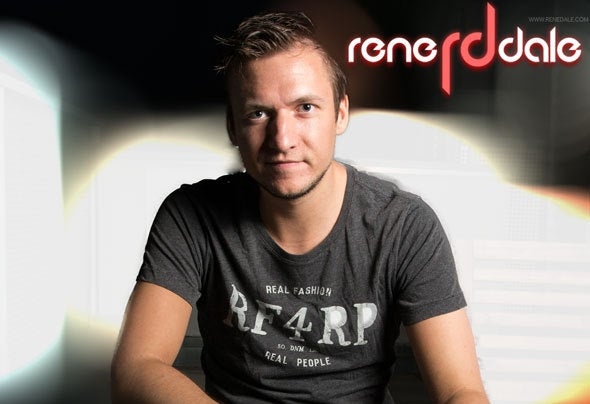 Rene Dale is a 1984 born trance producer from Vienna in Austria/Europe. As a teen, Rene was heavily influenced by dance music and electronica and became fascinated by the connection between computers and music. With influences from Armin van Buuren, Above & Beyond, Paul van Dyk, and many more, Rene has been able to throw down some amazing and heart pumping sets 2010/11 on the best trance events in Austria called “Vienna in Trance” and “Trancephoria”, which he founded to settle trance music in Austria. Nowadays he played along with some of the most recognized trance artists like Daniel Kandi, Sean Tyas, Jorn van Deynhoven, Dennis Sheperd, Dan Stone, Sunny Lax, Nitrous Oxide, ReOrder or Beltek. Since 2008 he engages in producing music and made some flashy tunes and finally 2011 was the year of contracts for Rene, as he signed his first single “Reset” to Monster Tunes/D.Max Recordings with some bombasting remixes by James Poulton and Lee Canning which were supported by great trance djs like Armin van Buuren (on ASOT 545 and ASOT 566), Giuseppe Ottaviani, Aly & Fila, Manuel Le Saux, Arctic Moon, DJ Feel and many more. In September 2012 ”Across Borders” was released by Silent Shore Records, the well known label of Re-Order. And finally “From My Heart” with an smashing Matthew Nagle Remix was released in November 2012 on Discover Trance sub-label: Flux Deluxe!2013 he remixed for Discover Tunes two releases (Vlind and Michael Scott) and made his first signing on the big trance label “Alter Ego Recordings” with his single “The Beauty and the Beast”. He also remixed one track for Alter Ego Recordings (STA – Million Stars). And as this was not enough for 2013, his upcoming single “Angel” which will be released in September, was included on the “Playa del Lounge” compilation in a beautiful Acoustic Mix released by Black Hole Recordings.