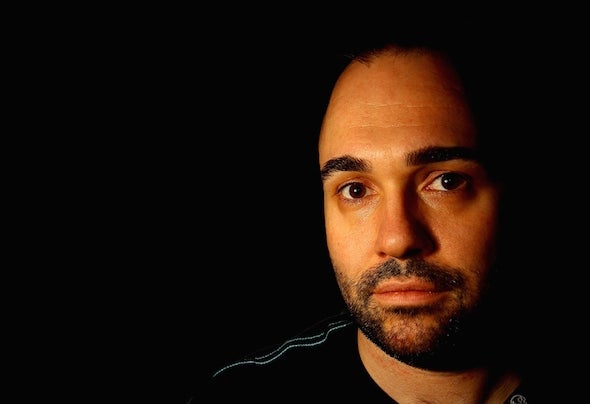 This passionate hard working artist shows his enthusiasm for electronic dance music with his productions, gaining support from the renowned international DJ community. Simon’s always had a passion for music, starting at the age of twelve writing music for computer video games. He first discovered dance music when he borrowed his partners CD collection series of Reactivate, the now defunct London based label React Music. From that moment on, he knew this was the direction that he wanted to take.Highly driven and technically minded, Simons focus has always been learning new technologies and software to integrate into his studio setup. Simons philosophy is to take the “learn and do it yourself” approach.Simon first burst onto the scene with the bootleg rework of Solarstones massive hit, "Seven Cities" which was supported by Armin van Buuren on A State of Trance. Simon then went on to win a remix competition held by Perceptive Recordings, which was also playlisted on A State of Trance.A great opportunity arose when Steve Helstrip aka The Thrillseekers asked Simon to remix his hit "The Last Time" for Adjusted Music. More success quickly came when his remix was featured on Armin van Buuren's A State of Trance 2008 yearly mix compilation. And on top of that, his remix of "Only You" featured on The Thrillseeker's mix compilation Nightmusic Volume Three.So far, one of Simons highlights in his career was the support given for his original production “Human Nature”. This was showcased at Trance Energy 2009 by Paul van Dyk, featuring on numerous mix compilations. More productions such as his remix of Activa’s “Away From This” was featured on Activa’s first album “This World” and his original “Overload” appearing on Recoverworld’s Global Trance UK.Simon put his signature stamp on remixing Activa’s “Daydreaming” single for his recent album “To The Point - Remixed”. This featured on Paul van Dyk’s Vonyc Sessions radioshow four times, as well as on the digital compilation Vonyc Sessions May 2012.Simon has regular support from many of the well known trance DJ's and has been in the Beatport Trance 100 chart with all his productions. This year has seen Simon releasing music on the renowned legendary imprint Discover Records as well as Borderline Music and Mental Asylum Records with a lot more to come over the next coming months.As well as his own productions, Simon loves to perform live to rocking crowds at events such as The Gallery, Trance Sanctuary, Forward and Futurity. Having performed with many respected artists, his skills as a DJ shows how he can be very versatile with his precise mixing skills.Interacting with the crowd is vital to achieve the energetic atmosphere which makes Simon very adaptable to progression and style.Starting as a DJ then producer, Simon is also the co- owner and A&R of the successfully established Borderline Music label working in collaboration with Activa. The labels mission is to deliver fresh forward thinking trance to the audience whilst being heavily supported by the best DJ's in the world. Borderline Music works hard to support their artists with their developing profile, ensuring their music is showcased to a world wide audience. Working in collaboration with many of the established labels such as Armada, Vandit, Perfecto and Discover Records, Borderline Music is staying true to its beliefs in producing quality trance and tech trance.Whilst building up a large world wide fan base, Borderline has had huge success with releases on various mix compilations by Paul van Dyk and Paul Oakenfold. After the success of its second year, the label was pleased to present “Borderline Music: Year Two”. This was a compilation of the best releases mixed by Simon himself, featuring tracks from artists such as Will Atkinson, Activa, Marcos, John Dopping, Sonic Element and more.Simon also hosts his monthly Borderline Sessions radio show on Afterhours FM, broadcasted peak time every second Monday of the month, for which he presents the latest Borderline music and the best trance and tech trance. With the show broadcasting sucessfully over four years and coming up to its milestone 50th show, the popularity of the show has grown with a very large group of avid fans.With his growing fan base and scheduled monthly radio show, Simon is rapidly becoming popular within the trance scene. With a number of massive productions yet to be released, Simon is aiming for a new sound to bring to Discover Records and Borderline Music imprints for which his discography is set to excel.Not only is he busy with his production schedule and his upcoming DJ performances, his continuation of building the profile awareness of his label Borderline Music, means it's going to be a hugely busy year ahead. If there’s one artist you should look out for, this is definitely one to keep a close eye on.