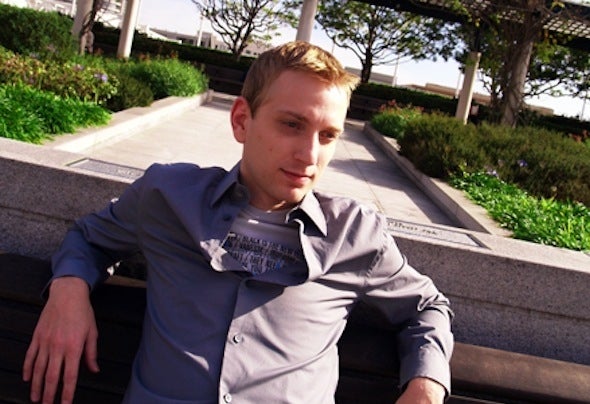 Thomas Datt has been a name synonymous with quality trance music since 2003, after having taken his first steps in the global dance arena. From his early remixes to his breakout hit“Alone”, Datt continues to pump out some of the most emotive music going. Having produced original tracks and remixes for some of the biggest labels in trance today, including A State of Trance, Vandit, Anjunabeats, Adjusted, and Euphonic, it’s no mistake that Thomas continues to be one of the most sought after rising stars of EDM. A native of Kolberg (Kolobrzeg) Poland, Datt relocated to the United States in 1992. As early as 15 years old he knew he wanted to entertain and express himself through various forms of electronic music. The mid 1990’s saw Datt exposed to a vast array of Euro Dance styles and productions, helping shape and expand his palate for electronic music. It didn’t take long for Datt to realize his true passion was within trance.Having been heavily inspired by the likes of Paul Van Dyk, Ferry Corsten, Matt Darey, and DJ Tiesto, Datt set up what would become his relatively modest home studio located in Brooklyn, NY. Dedicating a massive amount of time mastering his craft, he eventually secured the skills necessary to become a successful producer. After the massive success of two of Datt’s early tracks, “2v2” and “Alone”, which appeared on “Tiesto In Concert 2”, and Paul van Dyk’s “Politics of Dancing 2” respectively, Datt quickly found himself behind the decks, fortunate enough to secure DJ gigs all throughout the United States,where legions of loyal trance fans came to witness firsthand the highly intelligent programming of Datt’s DJ sets. Incorporating a fluid mix of his own originals, remixes, bootlegs and exclusive edits, Datt’s gigs always result in a highly enthralling and energetic performance. In 2009 Thomas was asked to compile and mix a brand new annual compilation for the Recoverworld Label Group called "Underground Anthems". The compilation featured some of the best tracks from the Recoverworld catalogue, as well as brand new Datt productions, and received tremendous fanfare. Later that year, Datt's new single "Mass Effect" was released on Discover, and received massive support from Paul Van Dyk and Ferry Corsten, as well as becoming Tune Of The Month in Mixmag. After winning yet another remix competition, this time for Ferry Corsten (System F), with his remix of “Soul On Soul”, Ferry was so impressed that he asked Thomas to produce a track exclusively for Ferry’s own "Once Upon A Night 2". The end result was "D.A.T.T. - Eden's Light" which Ferry was quick to take on the road with him, completely mesmerizing club goers with this euphoric 2010 trance anthem. 2010 also saw Datt’s release of “Phoenix Burn” on Discover which picked up heavy support from many of the top Dj’s, while also making it on the “Anjunabeats Worldwide 02” compilation. Shortly after, his release of “Seven Years”, under the alias Asedo, was picked up by none other than Above & Beyond and included in their “Anjunabeats Volume 8” compilation. His uncanny success didn’t stop here, and the momentum of Datt’s unequaled production prowess even scored him a spot on Armin van Buuren’s A State of Trance 2011, and Max Graham’s “Cycles 2” with a track he co-produced with Robert Nickson called “Godless”. And while trance has always been Datt’s true calling, he’s not afraid to experiment with the softer side of electronic music. Having teamed up again with Recoverworld, Datt released several ambient and down-tempo tracks for theirchill-out compilation “Chilled Trance” in 2010. Stay tuned for more Datt goodness.