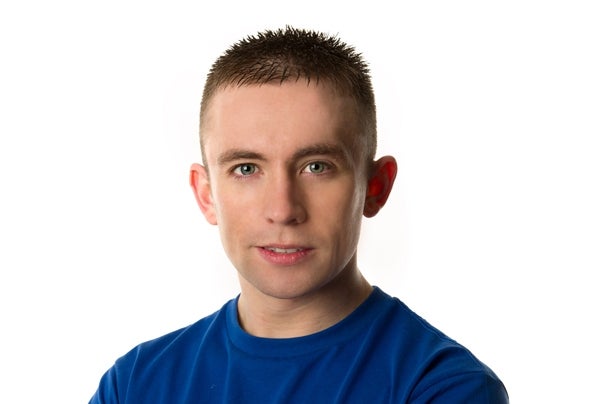 The past year has been extremely successful for Matt, who was recently named as one of Armin van Buuren’s favourite producers of 2012! A string of consistent top quality productions from the A State of Trance rising star have catapulted him to new heights, firmly establishing him as one of the most talented, versatile producers of today.Matt’s most recent production, the spine tingling “Believe In Me”, was selected by Armin for release on his legendary album series, “Universal Religion”, mixed live at Priviledge; Ibiza. Armin also featured “Believe In Me” on his A State of Trance radio show numerous times and crowned it “Tune of the Week”. Here’s what Armin had to say about “Believe In Me”...“I really love this track and for me it is the definition of uplifting Trance. I really can’t wait to play this track I love in my live sets and I’m really proud it is part of Universal Religion chapter 6.”Armin van BuurenMaking his debut on the globally acclaimed Armada Music record label, Matt unleashed the Nemesis EP! The smash hit “Nemesis” soon developed into one of the most successful releases of the year, picking up huge A-List support and storming up the charts! The massive driving anthem “Nemesis” held the number 1 spot for Four weeks and the equally euphoric B-Side “Evolution” occupied a top 3 spot for the same length of time. Trance ambassador, John O’Callaghan featured the chart topping “Nemesis” as his most recommended track in a recent review, here’s what John had to say about “Nemesis”...“Really clean and well produced Trance with a killer riff. Play this in Amnesia and it tore it up.”John O’CallaghanFurther releases in 2012 “Slipstream”, “New Hope” and “Elise” have added to an extremely impressive back catalogue and have picked up huge A-list support, ranging from Above & Beyond on “Trance Around The World” to Aly & Fila on “Future Sound of Egypt”. Matt’s previous productions “Back in the Day”, “Skylines”, “Apocalypse” and his remix of The Dirt Devils classic ”The Drill” were also extremely well supported by A-list artists such as Paul van Dyk, Ferry Corsten and Paul Oakenfold.All of Matt’s productions carry a glowing, feel good vibe and his beautiful vocal collaboration with Lo-Fi Sugar entitled “Higher Ground” captures this uplifting emotion perfectly. “Higher Ground” again received a plethora of A-list support and was released on Amsterdam Trance Records, another hugely respected Dutch label, ran by the immensely talented Producer/Songwriter Raz Nitzan; who has been responsible for countless Trance anthems over the years. Raz described the release as follows...“Matt Davey delivers a massive vocal candy with his upcoming single “Higher Ground”. Signed to Amsterdam Trance Records – the label behind some hot records from Beat Service, Space RockerZ and now Matt Davey.” Raz NitzanShowing great diversity in the studio, Matt’s stunning progressive Trancer “Castaway” was included on this years Ministry of Sound “Trance Nation” album, mixed by dance music legends, Cosmic Gate!Matt’s imaginative production spectrum, sees him release other styles of music too, under the Mike Delta Progressive House alias. His first tracks “Voodoo Magic” and “The Blacklist” back in 2010 gained big international support and 2011 brought his first top 10 hit with “Game Over” reaching 7th place in the Progressive House charts.This year has been extremely successful for Matt on the production front, not only in the studio, but further a field too. Combining forces with international superstar Jon O’Bir, Matt and Jon now present the world with a new direction, a clubnight, a record label, the brand; Infinity! The Infinity debut night comes this November in their hometown of Nottingham along side Menno de Jong and Genix.Once a month Matt presents Infinity Radio on Afterhours.FM – The leading Trance and Progressive radio station and one of the biggest Electronic Dance Music communities online. During Matt’s Two year AH.FM residency he has built a substantial global following who always interact during his shows.On the DJing front Matt plays a very driving energetic style, which when combined with seamless harmonic mixing never fails to move any dancefloor. In recent years Matt has showcased his talents for many leading brands, including regular peak time sets with Gatecrasher to warm up sets at Digital Society.Labelled as one of the most exciting young talents in Trance right now and with Armin van Buuren backing him, the future is looking very promising for Matt. A name that you are sure to hear a lot more of in 2013!