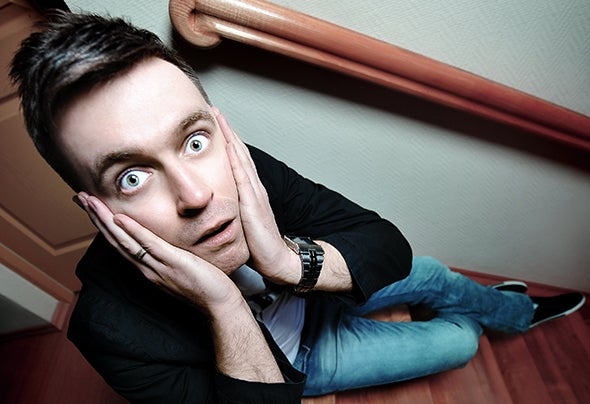 "By far one of the most talented DJs and producers in Eastern Europe" - Christopher Lawrence (2012)Born in southern Poland. When you ask his parents, grandparents, uncles, aunts, friends and ex girlfriends a question "was there any indication he would take up music?", everyone will give you the same answer: "Nothing at all!".A producer?Last years was quite busy (almost each producer has a thought like that in his/her biography so let's just place it here) for Carlo Calabro as singles (among others) "Strict Orange", "Fun Is Fun/Done Is Done", "Fight On Sissy Lane", "Rude Dude" came to light. All releases have been massively supported by such top players like Tiesto, Markus Schulz, Christopher Lawrence, Giuseppe Ottaviani, Johan Gielen, etc (yeah, yeah...). Also Carlo's works got licensed to labels like BlackHole Recordings or Armada..Current year brought more conscious going-on of Carlo (it takes some time to find your own style, doesn't it?). He knows which direction to go and he consequently go that way remembering determination and patience is what really counts. Year 2013 is devoted mainly to work on his own material. And that's enough info for now! Just expect new Carlo Calabro's singles coming soon. You won't be disappointed!A DJ?Yes, of course! Carlo was invited by Tiesto himself to "Club Life" and by Christopher Lawrence to "Rush Hour". However, the "15 Minutes of Fame" is still ahead! From March 2008 Carlo hosts a monthly radioshow "Pushing the Bar" in the most popular internet radio - Digitally Imported (plus terrerstrial radiostatnions in Brazil, Hungay, Greece). And if you would like to see Carlo playing in a club or during some huge event (he took part in Colors Of Sounds, Sunrise Festival and Electrocity among others), just have a look on his schedule and come. Having the opportunity we confirm that Carlo leaves his studio only when he really needs to, that is when he goes on for a booking, goes to sleep, eats, pisses or when his wife tells him to do so.