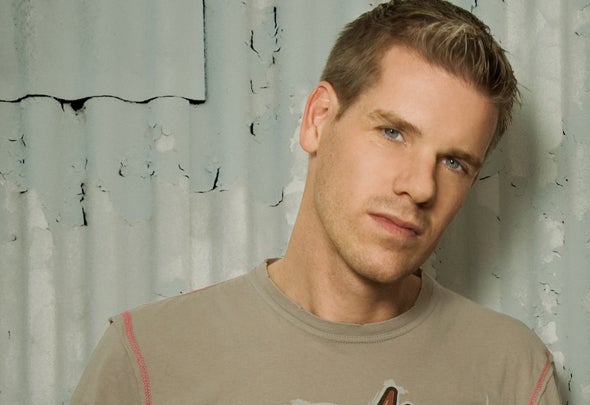 • “San looks certain to go far. Comparison can easily be drawn with fellow Dutch Exports like Armin Van Buuren & Tiësto”. DJ Mag (UK) SAN’s productions have graced the turntables and mix cds of pretty much every top DJ around the globe either under his own name, “SAN”, or his "Solid Sessions" moniker*. His Solid Sessions – Janeiro (Positiva UK), even made it to the top 10 in 11 countries. His productions have been featured on mix cds by djs such as Sasha, John Digweed, Armin Van Buuren, Tiesto, Paul Van Dyk, Dave Seaman, Deep Dish, Ferry Corsten, Jimmy Van M and many more. One of San’s ongoing supporters is the world’s most popular dj; Tiesto. Who has supported all the releases that San did under his San moniker. Especially ‘Insane’, ‘Hi Tension’ and Nothing Remains the same. Who were all top 5 on Beatport (tr)! • “An amazing dj, with excellent Dj skills”. John Digweed, UK His previous productions have been remixed by big name producers such as; Armin Van Buuren, Marco V, M.I.K.E., Kya & Albert, Rui da Silva, James Holden, Lemon 8, and Marc et Claude. The videoclip of San’s recent single: SAN - Nothing Remains the Same, which included a remix from Ercola (Billboard dance #1 USA) won an award for best dance video at the Cravefest awards in Canada in 2009. San has just finished a remix for Ferry Corsten as well as a remix for Christopher Lawrence and John 00 Fleming. Who are all huge supporters of his productions. • “I have always been very very impressed with San’s sound, he is just THAT good!” John 00 Fleming, UK San has just mixed the compilation for the worlds’ leading dance event: Sensation in Prague and his track Insane was featured on the Sensation CD for Australia and New Zealand. As a dj San has residencies in Brazil, India and Slovakia and travelled to other countries such as: Canada, UK, Holland, France, Czech Republic, Slovakia, Poland, Romania, Lithuania, Latvia, Russia, Malta, Turkey, Bulgaria, etc. He played for organisations such as Creamfields, Sensation 2x (again this year), Renaissance, Dancevalley, Ministry of Sound, Mysteryland, Transmission. Keep an eye on him, there’s no stopping him now! • “San is the next big thing from Holland. Remember who told you about him first!” M8 Magazine (UK)