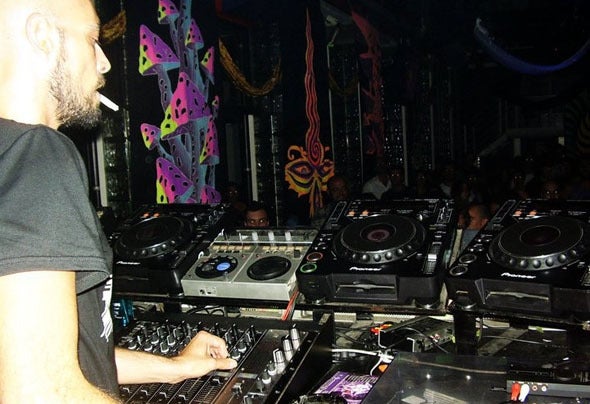 Marco T eixeira is t he guy behind t he Elekt rik Boy Psytrance project. He soon felt a "strange" affection for this style, not only because of it's sounds but also for the the math represented in music. In 2005, he decided he want ed t o produce psychedelic trance too, combining of course his skills as a guit ar player. And t his lead t o Elekt rik Boy project. He started DJing and playing in several parties, but only by 2007 he started to produce his own music. After that, he has played some live acts and dj sets in many parties all over Portugal. 2010 was the big "boom" for the Elektrik Boy project. In june, the first EP by this project was released (...Far Beyond Limits...), under the Multiverse Records label. Enjoy this new project, its profusion of throbbing beats, elektrifying twists and turns, melodies, guitars and rhythm, and some PHAT BASS of course! :)