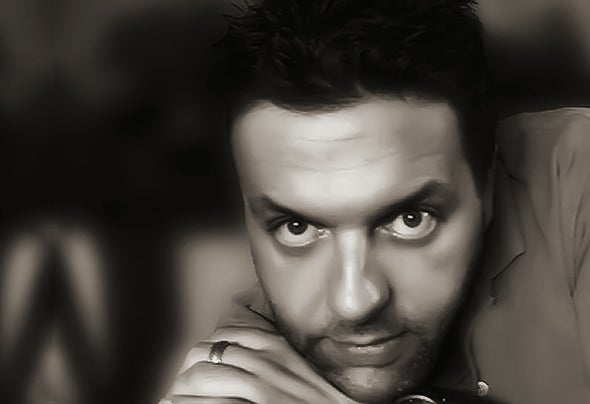 Nebula started his career as a DJ in 1984 working for radio stations and clubs in northern Italy. The 1990 was the starting point of his music career. In 1993 he cooperated with Radio Italia Network for the realization of the program U.S.A. Dance Attack. At the end of 2000, his mind gives birth to the third album "Blue Frontiers". It contains all the 2000 12" productions that were in many Techno-Trance European charts capturing the attention of many DJ's. Year after year his musical skills seem to develop further, he produces new records, CD's and participates as a DJ in different Rave parties in Holland, Switzerland and Germany performing Techno and Trance. His mix set have transmitted in many European radio stations. In the 2001 major networks as VIVA, MTV, ONYX broadcast some videos of his tracks and remixes. In the 2003 he is nominated at NRJ Extravadance Awards in Denmark as best 2002 international DJ. His productions have been supported by many DJ's / producers like: Above & Beyond, Adam White, Agnelli & Nelson, Armin van Buuren, Blank & Jones, Darude, 4 Strings, John OTMCallaghan, Jan Loper, Johan Gielen, Judge Jules, Lange, Marcus Schulz, Matt Darey, Mike Koglin, Misja Helsoot, Rank 1, Ronski Speed, Stoneface & Terminal, Talla 2XLC, Thrillseekers and more... Between 1990 and 2013 he has released 7 Albums, more than 150 singles and has more than 120 compilation appearances. Many of his productions have been reviewed positively by music magazinesincluding the most popular German "Raveline Magazine". Because of his experience, many producers and artists among which: Les Hemstock, Michael Splint, Michael Parsberg, Mario Lopez, Gollum & Yanny, Ramirez etc, have cooperated with him in different projects and remixes. During 2008, together with the friend Claudio Ridolfi, Nebula founded Eye Records. Day by day this label, with her sub labels for each sound, gains larger popularity among the most famous International DJs.Stay Tuned!!