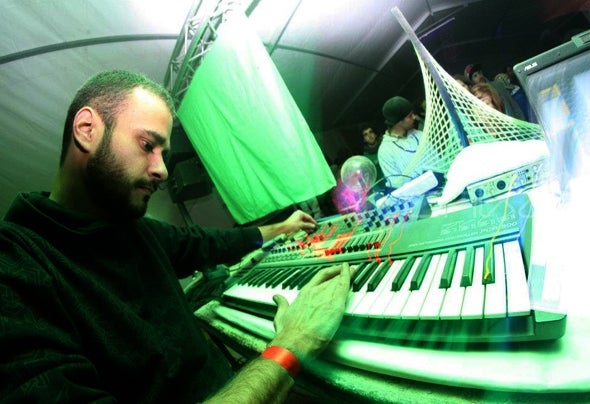 Daniel Almeida aka Leppy, initiated his taste for music in his earlier days by learning to play keyboards/organ and guitar in his childhood. When he became a teenager he began exploring the rhythms of the djembe, an instrument that he still often uses today. Later he felt attracted to Metal, mainly in his melodious, heavier and darker side. With these influences he made a few projects with some garage bands and made some live performances. Afterwards he discovered other musical genders, more melodic but also alternative, from the 80s Gothic to the actual Trip-Hop which introduced him the taste for the sequenced beats and electronic ambiences. He made a few collaborations with some alternative band's and in particular with LoveYouDead, wich he made part of. .. .. In 2002, influenced by the music and sub-culture of Psychedelic Trance he started his own solo project under the name Leprekaun, experimenting new ways and sounds like the strong kicks and baselines as well as some nocturnal ambiences and melodies. Today Leppy is producing some killer night musics and some of them have been released in a few compilations and in his first album "Rust" with a great feedback from the public.