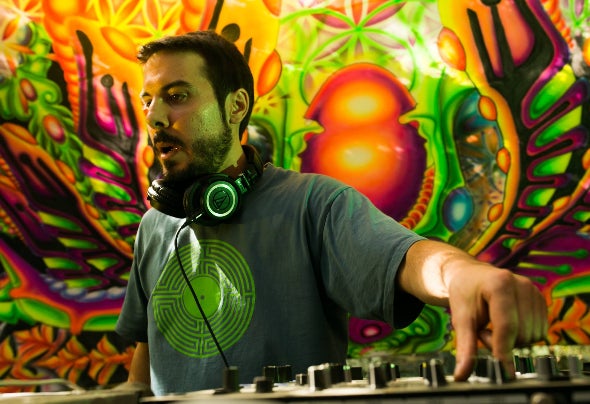 BunkerJack is Joaquim Ponte, from Portugal. His first contact with the Goa/Psychedelic Trance scene was in 1999, and since then his interest in the psychedelic world never stopped. The project "BunkerJack" was born in 2007 from a strong desire to express his own psychedelic visions. By listening to his sound you can expect energetic and charged rhythmic structures filled with mechanical and organic atmospheres as well as some groovy industrial elements. This surrounded by a mix of emotional, psychedelic and futuristic melodies, designed to lead the listener into a pure state of Psy-Trance. Currently BunkerJack represents the following labels and collectives BMSS Records and Locobot Records. So far had some great local and international gigs and played in beautiful dance floors in countries such as Hungary, Belgium, México, Germany, Finland, Switzerland, Poland and Portugal. BunkerJack has released music on few labels such as BMSS Records, Locobot Records, Replicant Records, Hypergate Records, Phantasm Records, Ovnimoon Records, United Beats, Mainstage Records, One Foot Groove Records, Global Army Music, Groove Technology Records, among others. He also have a new psychedelic project called "FRAKTALIKA" and he is also part of the PsyTrance duo "SYNERGIES". Keep an eye on what's coming next :)