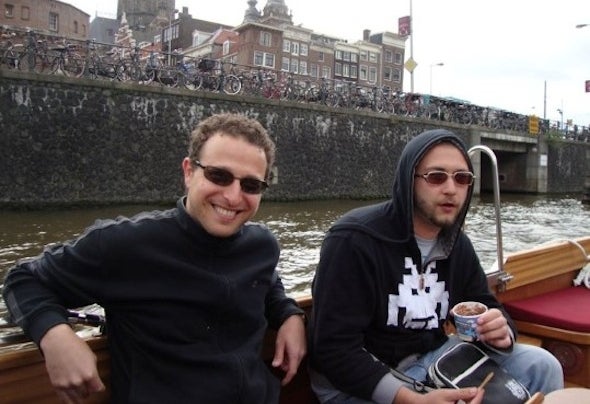 Hedonix is a Sydney based Psytrance act consisting of Steve Zanuttini and Robert Dilley.  Rob and Steve are both qualified sound engineers and long time participants in the Australian psychedelic trance scene. They started the Hedonix project in 2001 with the intention of bringing a unique flavour to the world of psytrance. Since the inception of the project their distinct style and versatility has seen them released on various record labels specialising in a diverse range of music such as Electric Power Pole, Cosmic Conspiracy, Phantasm, Vertigo and many more. Since 2005 Hedonix have been booked for live performances all over Australia, Japan, Europe, Israel, Brazil, New Zealand and elsewhere.  Hedonix' production style draws on influences from genres such as goa trance, dark progressive, psychedelic rock, suomi, and other electronic music. Their musical output ranges from early night time psychedelic minimal to funky, quirky, melodic morning madness with a classic goa influence. Their live sets are known and regarded as being chunky, groovy, intelligent, twisted and full of surprises.