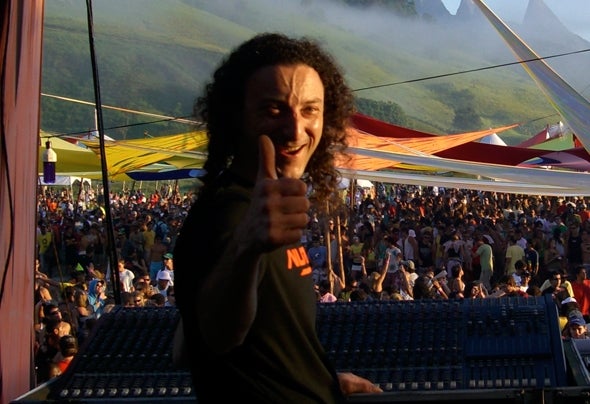 Samy Guediche's CPU project began in 2002, debuting on french label 3D Vision with a series of peerless compilation releases, remixes, and 2 studio albums. The first album "Central Processing Unit" changed the sound of psy-trance and went on to influence many of today's top artists, including Bliss, Painkiller, Azax Syndrom, Sirius Isness. Since then, CPU and Painkiller co-founded the label Nutek Records, now regarded as one of the driving forces of the psy-trance market and the home of many of the most demanded artists of the moment.After 10 years of touring around the world, Samy moved to Tokyo and opened Nutek Japan subdivision of Nutek Records, and an event organization called Nutek Productions. using all his knowledge in this profession Samy opened a DJ and Production school (IDPS) in collaboration with DJ Tsuyoshi, becoming the biggest DJ School in Japan.