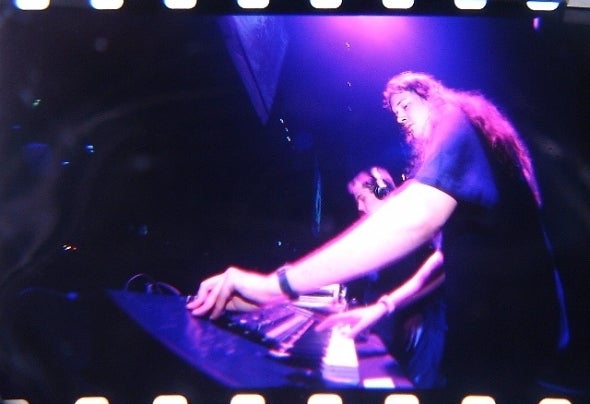 Logic Bomb are fine purveyors of Psychedelic stereophonic audio. The Swedish maestros of sonic science. Psy Trance multi layered grooves and atmospherics with soul and power. A deep kaleidoscopic journey through rich electronics like only they know how.Jonas and Johann started making music in the mid 90 ́s but it was probably the release if their first album, “Headware” on Spiral Trax in 2000 that got them noticed. Tip World quickly picked up on the act and 2 years later released the album “Unlimited” which was a big success on the Psy Trance scene and catapulted them into premiere players who had their own distinct sound and a very high quality polished production. They also received national radio play with BBC Radio1 and have been supported by many big names including Paul Oakenfold who is set to release a single of theirs later in the year on Perfecto.Check out this classic youtube clip. 63000 listens: http://www.youtube.com/watch?v=x72UVwm6pDYThey went onto be a very busy touring band and toured relentlessly for a number of years before releasing Sonic Algebra with Solstice Music in Japan. Tip were sad to see that album slip them by and again they proved themselves to be a cut above the rest. One of the most loved acts in the genre that appeals to the full on party crowd as well as the cynical, hard to please serious music fans. Only a small handful of acts can do this.After a couple of quiet years, in 2010 we saw the rebirth of Logic Bomb and a return to Tip Records.The new album, The Grid was perhaps the most eagerly awaited album of the genre in 2011. And it doesn ́t disappoint. The new tracks are outstanding and unique. Battleships of shining beauty. They sound like they have technology others lack. A reviewer famed for his cynical tendencies said of the recent Logic Bomb track on last years “White” comp on Tip Records,“Logic Bomb remind me of how I fell in love with this music. Listening to it makes me want to grab my Tip tshirt and run out to the nearest big Psy festival. The world needs more Logic Bomb!”Hear for yourself and see for yourself the reactions of fans: http://soundcloud.com/logicbomb/logic-bomb-sonic- algebra-2011Truly one of the genre leaders, loved by all. They manage to please both fans of the more progressive, minimal styles and the more full on Psy at the same time. Psychedelic, sumptuous audio for the discerning listener..Contact: richard@tiprecords.comwww.tiprecords.com www.facebook.com/tipworld http://www.logicbomb.se/ http://www.myspace.com/logixbomb http://www.reverbnation.com/logicbomb http://www.facebook.com/Bomb.Lab