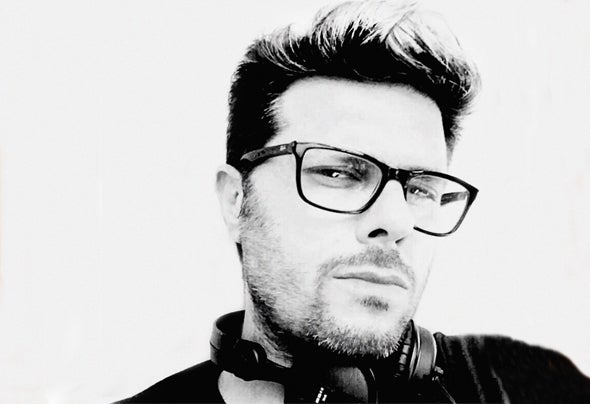 Oforia (also known as Ofer Dikovsky) is a Psychedelic Trance & Electronic music artist and producer from Israel.  He is one of Israel's longest standing psytrance artists. He has been active in the trance scene since its early days and He's responsible for creating the first form of the Israeli electronic sound and by that he is consider to be one of the inventors of the genre. Ofer Dikovsky was a member of the legendary Goa-trance band 'Indoor'. Their album – Progressive Trance – released in 1995, was one of the rst in the wave of trance-artist albums. After the group disbanded, he continued his agenda together with Marco Goren to form “Tandu”, another mythological band that made its mark with Ofer's solo-well known track - "Alien Pump". Ofer began working as a solo artist under various names: Starting with “Oforia”, he was one of the rst Israeli artists to be signed to the leading UK label – Dragony that was owned by the Legendary English producer "Youth" and the result was his debut album “Delirious” (1998), a bestseller album that established Ofer's unique sound. In 2014 Ofer revived the legendary band ‘Indoor’ in that year, together with Avi Algranti SpaceCat. In 2016, Dikovsky released his 12th album, a concept LP titled “Read More” containing 8 tracks, In this album he paid homage to the 90’s Goa Trance style alongside modern twists. The album peaked at No 1 on Beatport Psytrance top releases.