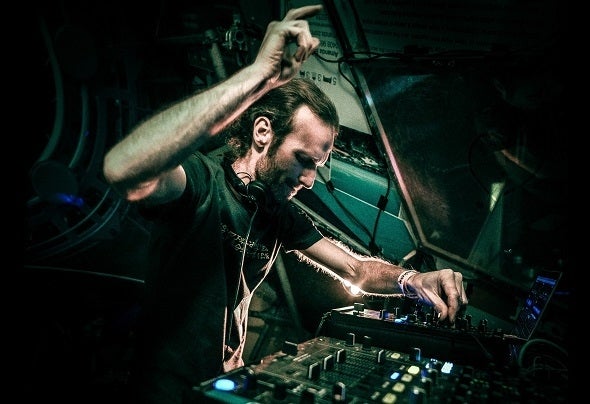 Psysex is a Psytrance project whose journey began in the ’90s. From a young age, Udi Sternberg aka DJ Goblin had a connection to music, DJing at 16 and opening his studio at 18. In 1998, the first Psysex release was out: The vinyl 4 Days of Madness. The release had 2 tracks: 4 Days Of Madness with Dave Saragosi and Alien Cop with Josef Quinteros (Bansi/GMS). The name idea "Psysex" for the project came because they kept encountering SysEx Midi error. Around the same time, Udi and Yoni Oshrat started the project Children Of The Doc. Udi was planing his 1st Psytrance album and after making L.S.Dance with Yoni they decided he would be included in the project Psysex. They released Expressions of Rage and 2 more albums together (Hardcore Blastoff & Come in Peace), in 2005 they decided it was time for each of them to explore new musical possibilities in separate paths. Udi kept the name Psysex and developed over the years while creating innovative Psychedelic music. He released 2 more Psysex albums (Healing & Mind Penetration) and worked on other projects such as Bio Babas, Doctor Goblin, and more. In 2013, he founded the label Egohunter Recordings. Currently, he’s celebrating over 20 Years of Psysex. In December 2019, his 6th Studio Album 2020 was released on Egohunter Rec. While still working on new music, he tours the world, hitting events such as Psy-Fi, Ozora, Boom, etc. His years of traveling and touring are reflected in his work which has evolved over the years.