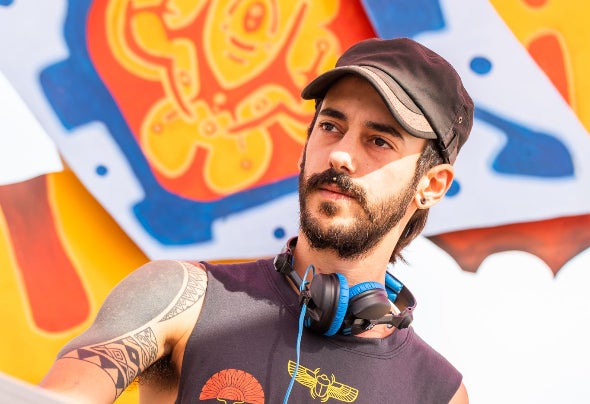 The rise of the psychedelic explorer - DEKEL is not easy to explain in words, but when you listen to his music, everything adds up. As if every track by the 'Young Shaman' perfectly sculpted out from a transcendental ceremony - A playful dance between tension and relief, layered upon deep-diving beats. With high volume breakthrough in 2017, DEKEL’s 1st EP - ‘Technoid’, made waves entering the ‘HOMmega Production’ memory book, topping Beatport’s ‘top 10’ chart and becoming the most successful debut release in the PsyTrance label history. Following his sweeping success, DEKEL managed to create his own sound signature, portrayed and presented on his releases ‘Magneto’ and ‘Twister’, which became the stepping stones to his international recognition, summing up 2018 with his ‘Fibonacci’ EP release, on the well-known label - Iboga Records. Signed on Stereo Society label collective, DEKEL is focusing his time and effort producing his anticipated debut album, which aimed to be unveiled in early 2021. The ceremony is about to begin ..