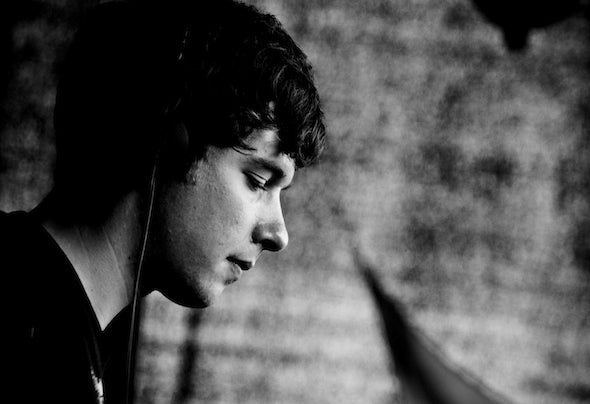 Looking back on more then one decade of intense involvement in the Trance scene, Benjamin Halfmann aka Audiomatic witnessed the rich evolution of this sub culture with all its innovations, variations and all its ups and downs. Even more: During the years his project constantly gained quality and became a reference for sophisticated, high-functional Progressive Trance. Therefore Audiomatic became an integral ingredient of this scene and has shaped its musical development with his unique sounds which have been part of legendary parties and festivals all around the globe. It all started with some powerful Heavy Metal: Benjamin Halfmann banged his head to the music of AC/DC and posters of Punk, Hardcore and Metal bands adorned the walls of his room up to the age of 15 years. Then he discovered the fascinating worlds of Psy Trance and rapidly became engaged as a DJ, first public performances followed in 1999. But soon a strong desire to convert his creativity into own music arose, and so Audiomatic got hungry for more. His producer’s breakfast consisted of some tasty Fruity Loops and this simple production software instantly made him aware that the games on his computer were not only a waste of time, but also of hard disc space. Not even one year later his music already convinced the label management of Leviathan Music and so the track “Woodstock” became the first official release in 2002. Various contributions on different compilations followed and the year 2004 delivered the first full length Album “Multiplayer”. Together with Stefan “Magnetrixx” Lewin, who has always been a good friend and important source of inspiration for Benjamin Halfmann, the project “Audiomatrixx” was formed, gained euphoric feedback and also brought to life a studio album in 2008. The same year, Audiomatic’s second album was released. Of course this is not the end of his productivity: Dedicating the next work to his fellow citizens in mind, the album “Weekend Society” became another pleasant success in 2011.