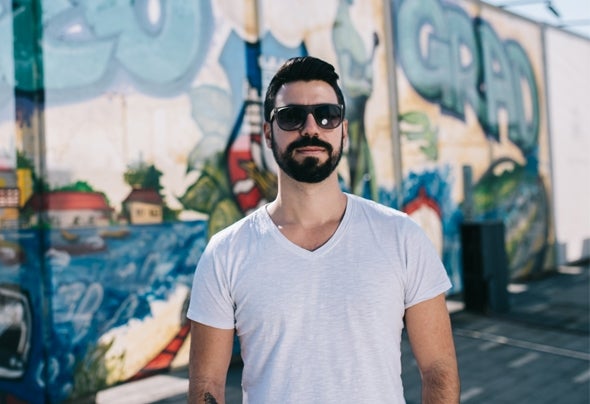 Bizzare Contact is the the high energy, Full-On Psytrance alias of Didy Ezra, born in 1985 in the sunny city of Dimona, located in southern Israel. Starting at the early age of 13, Didy has been continually producing a wide variety of different psychedelic music styles. In 2004, after being completely captivated by Psychedelic Trance, he joined Com.Pact Records, one of Israel's most legendary Full-On Psytrance labels from that era. His debut album, "Plastic Fantastic" was released in April 2004 on Com.Pact Records. The album was a wild success, and Didy began performing around the world in destinations including: Japan, Brazil, Mexico, all over Europe, & of course his home country, Israel. The very next year, Didy & Gady (aka DJ Bog, owner of Com.Pact Records) formed the new group, Visual Contact. Their debut album, La La Land was released in October 2005, and received raving reviews all over the world. Over the next several years, Didy released an endless number of singles, remixes, and collaborations, on an assortment of EPs and compilations - making him one of the most ubiquitous and respected names in the Psytrance world. Bizzare Contact has become synonymous with massive cutting edge production, huge, modern melodic leads, and earth shaking funky rhythm. The combination of all of these ingredients creates the unique sound that Didy has become known for - a sound that is undeniably engaging, playful, uplifting, driving, and serious all at the same time! In 2012, Didy along with Stas (aka Vibe Tribe) opened Mainstage Records, a brand new label based out of Israel, focusing on today's cutting edge sounds in Psychedelic Trance music. In 2013, Didy along with Eddie (aka Mystical Complex) formed the new group, Royal Flush - allowing them room to branch into lower BPM, progressive Psytrance.