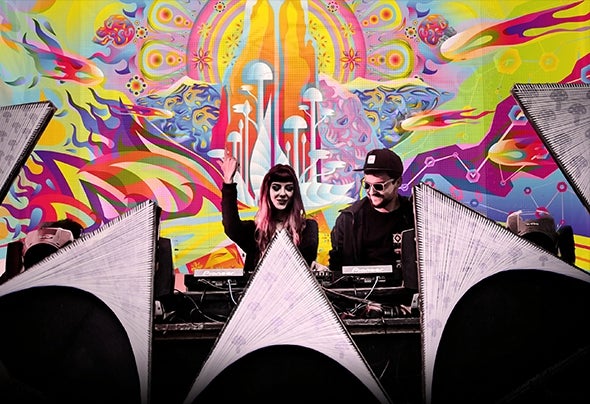 Hyperflow is the merger of sounds composed by the most pumped up couple in Brazil. Rodrigo Menezes and Mariana Abreu, decided to be the prodigy's music project as well.Since late 2016 the duo has been producing their tracks, that just came out on the scene, making a huge noise.Their single, Magic Mushrooms, an original production, just reached Beatport Psy- Trance # 1 in August 2017.Their music can be described as tribal, with cinematic feel, atmospheric feelings and solid bass basses, with creative and expressive grooves. Always keeping the classic Psy-trance feeling, without loosing the progressive trance vibe.It's a mix between the old and new school as the prime Progressive trance feelings nowadays.Be welcome to the Hyperflow's world, the new Brazilian “Progtrance” phenomenon.