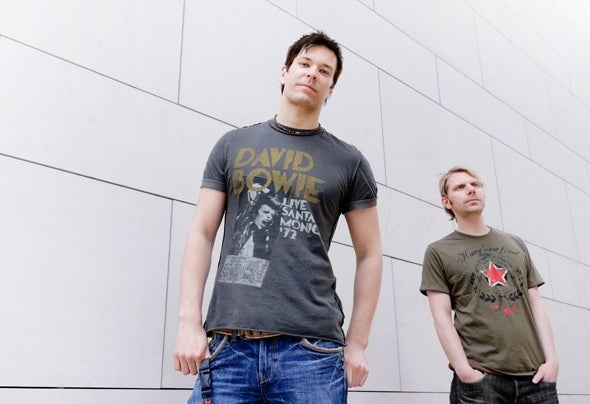 Filip Mardberg and Fredrik Gilenholt are the two dynamic Swedes from Malmö who form the legendary duo better known as TICON. From a very young age both Fredrik & Filip were deeply drawn to electronic music, as they were especially intrigued on how music can positively change everything around you. The urge to produce their own music was strong, as they both had the same desire to express themselves through their own music, and so during the mid 90's their journey into music started when they both started tampering around with their computers making music from 1995. TICON was officially born in 1998, which happens to be around the same time when the psychedelic music culture started introducing its psychedelic progressive trance sound. This also happens to be why TICON has always been considered as some of the initial few artists who all actively played vital roles in the development of the psy-progressive trance sound. It was due to their deep understanding and previous knowledge of electronic music, that the TICON project rapidly took shape. The main source of inspiration behind TICON has always been to create something fresh, something new, something that allows them to focus on expressing their inner emotion through their music. The trademark of their sound is best described as a brilliant blend of various electronic music styles that is carried by their deep understanding for intelligent electronic music. Their sound is emotionally charged, and driven by a ton of force which reflects their passion for music as well as their dynamic energy as a duo, with the aim to simply mesmerize dance floors. Their 6th studio album "Mirage" was released during 2016, and is a worthy successor to their previous studio albums, which will continue to arm their position as one of the most respected, true psy-progressive trance artists today.