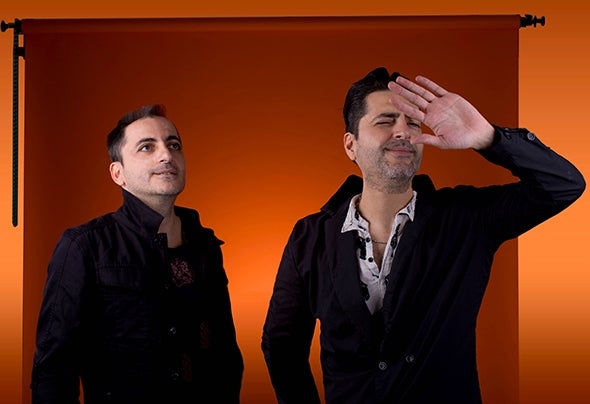 Vintage vocoders, out of tune synths, and lame quality samples - that’s what usually driving brothers Golan and Ohad Aharony to bravely assemble another one of their “mellow dramatic alternative rave songs” as they claim with a big smile. Carley made to satisfy audiophiles, critical listeners, and those who were looking for more content, Sub6 took a leading part of pushing Psy-trance out of deep acidic forests to the masses around the globe. Their fresh fusion of acid, Dub, and 90' flavor dance music, was attracting people from both ends and eventually became the mainstream within the genre. After releasing several dance-floor hits like “Rahe’ya” and “7th son”(with Michele Adamson), they released their debut album – “Who needs love songs” (Hommega 2004), which is marked as a milestone in Psy-trance music. Sub6 released tracks and remixes in leading dance labels like Ministry Of Sound, Hit-mania (UK), Armada, Warner (JP), TIP and Iboga, and their original tracks were remixed by the likes of Astrix, Captain Hook, Loud, GMS, Outsiders, Ticon, and J.Viewz. Performing in massive clubs and events around the world such as Brixton Academy (London), Ozora Festival (Hungary) Tribe and XXXperience (Brasil), club Ageha (Tokyo), Arvika Festival (Sweden), and Earthcore’s Global Carnival (Australia) has set the world on a rampage demanding more and more of that magical Tunes.