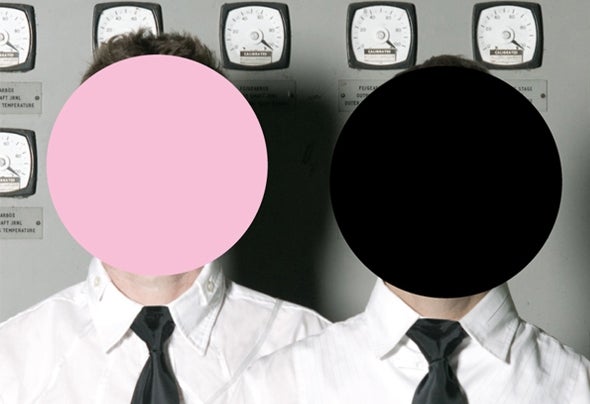 With Simon Berry and Claudio Giussani disillusioned at the state of the music industry, they joined forces in 1993. Their first collaboration came when they remixed Nicely, only the third release for Simon’s fledgling label, Platipus. They finally had their first full release as Union Jack just 5 months later, and what a stormer it turned out to be. Curiously titled ‘Two Full Moons and A Trout’, it was an instant hit and has now reached classic status worldwide. Immediately picked up by German label Labworks, it was so successful that it was then licensed on to the UK’s mighty Rising High records. Since then they have continued to serve up innovative compositions with a fresh, distinctive sound that has always distanced them from the primeval soup that everyone calls trance. The follow up to the massive ‘Two Full Moons…’ single was ‘Cactus’, a track that reinforced their reputation and inspired them with the confidence to record an album. ‘There Will Be No Armageddon’ is a collection of works that encompasses the duo’s philosophy of music to be enjoyed both at home as well as in a club. As a result, ambient soundscapes are blended with a concoction of world rhythms, ethnic vocals and mind-bending sounds These combined with the storming club classics and acid laden psycho-trance and all add together to make up a diverse and unequivocally brilliant album. From the album came the critically acclaimed track titled ‘Red Herring’. This fishy dish was served HOT. Popping up in all the major Dance charts, ‘Red Herring’ was also signed by Rising High, which only added to the success. With 5 full on single releases and an album, Union Jack is one of the most successful projects signed to Platipus. 1998 saw the re-release of ‘Two Full Moons….’ with Rising High label boss Caspar Pound and Friends, Lovers and Family both turning in storming remixes. It was released again in 2006 due to popular demand with new mixes by Chab, Luke Chable and tektonik^. 2008 saw Union Jack reforming with new member Paul Brogden (POB/Seismic Records) alongside Simon Berry to create the long-awaited highly aclaimed 2nd album which was 'Pylon Pigs'. On 29th March 2008, for the first time in 7 years, Union Jack played all the hits LIVE at a very special and highly anticipated gig at the Ultra Festival in Miami as part of the Winter Music Conference. The following singles have been released in 2009. 15th June 2009 – Papillon (Original Mix/Instrumental) – DIGITAL ONLY 20th July 2009 – Funnelweb (Original Mix/Union Jack Maximalism Mix) – DIGITAL ONLY 31st August – Triclops – with remixes from Glenn Morrison and Bears Eat Fish – DIGITAL ONLY September 2009 saw the release of a new Union Jack album released entitled PYLON PIGS – available on CD/Download. One week later a CLUB EP was available digitally containing 3 DJ friendly album mixes and 2 exclusive tracks – VOCODER ALLSTARS and TWO FULL MOONS AND A TROUT (ORKEDIA REMIX). Forthcoming from Union Jack in 2011 will be new remixes of Papillon and Red Herring as well as a Union Jack Retrospective.