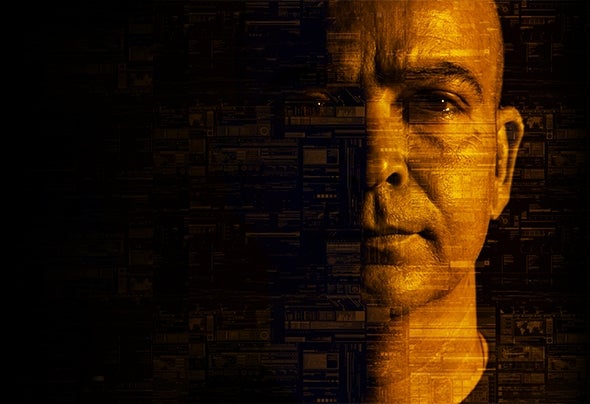 Xerox (Moshe Keinan) is one of the most respected veterans in Psy-trance music and a producer who's been influencing the sound of the genre in the last 25 years. Keinan is also one of HOMmega's founders (together with his late friend, Eyal Yankovich) and the label's current Head of A&R. His debut album 'Human Race' (with Freeman) had a significant role in the transition of Goa- trance into 'Full-on' and helped to shape the popular sound of HOMmega in the late 90'. 'Human Race' was followed by the solo album 'Freestyle' which included legendary hits like 'Science is God' and a remix to his track 'Gravity Waves' by Infected Mushroom (who rarely remix other artists' works). In 2004, Moshe teamed up with Amir Dvir to create the project Xerox & Illumination and bring to the world a unique and electrifying dark Full-on. 3 albums with anthems like 'Battleship' and 'Ghost in the Machine' sent the duo to massive world tours and inspired a whole new generation of artists. Vertical Mode (his project with Volcano) is one of the leading acts of the Progressive Psytrance era, with countless Beatport #1 hits since 2013 and till this very moment. After 4 successful projects, 9 studio albums, 3 DJ compilations, gigs in almost every important stage on the planet (including Brixton Academy UK, Boom festival & Ozora) and releases in labels like TIP, Iboga, Black Hole, Armada, and Spin Twist, this man-machine doesn't show any sign of tiredness and working on the next solo release of Xerox at this very moment.