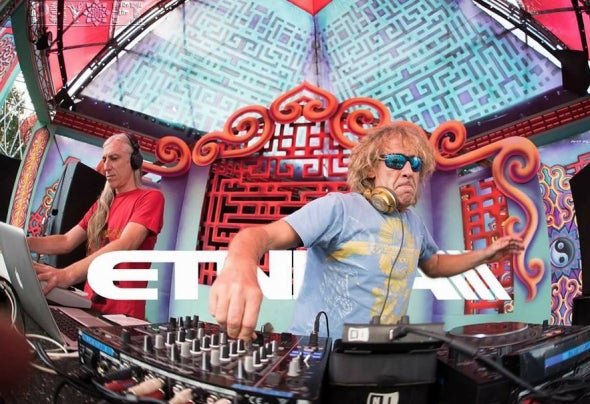 Etnica are Ibiza-based Milanese duo Max Lanfranconi and Maurizio Begotti (the original quartet was comprised of Max Lanfranconi, Maurizio Begotti, Carlo Paterno, and Andrea Rizzo). Electronic music producers extraordinaire, Etnica have pioneered the global phenomenon that is Psychedelic trance since the late 80's as undisputed innovators, trail-blazing the planet with their charismatic live performances as constant favorites on international line-ups at all of the world's top events. Quintessentially Mediterranean yet utterly Universal, the romantic and evocative allure of their Sci-Fi imbued compositions have rippled out through the years, inspiring many an artist and forging, during the 'golden era' of 'Goa' trance, what would become the blueprint for this legendary musical genre. Their music's charm lies in the grandiose arrangements as well as the sonic minutiae that pepper and constellate each of their works. Back home at their headquarters in the world's clubbing capital, Max Lanfranconi was awarded 'Best DJ' during 2005's edition of Ibiza DJ awards. With their record label Etnicanet they are responsible for igniting new scenes in some of today's festival and clubbing hot spots, such as South Africa Venezuela, Brazil, and much more. In 2010 etnica inaugurated their new state-of-the-art recording facilities: Soundfarm studios in Ibiza.