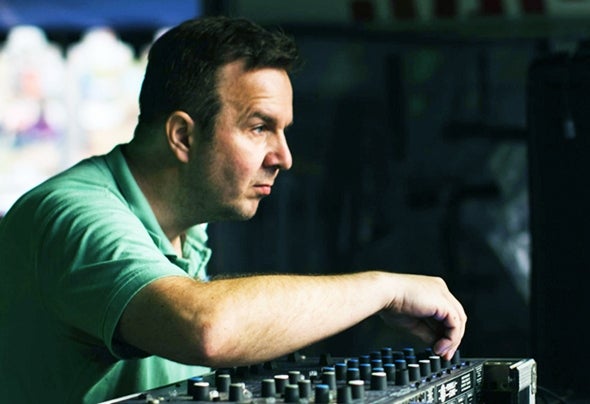 Kristian Thinning Andersen was born in 1966 in a small town outside Copenhagen. Thanks to his mother who took him out to see live concerts he discovered the wonders of jazz, rock, and classical music. Later on he listened to music by techno and electronica pioneers such as Kraftwerk, Klaus Schulze, Kitaro, Yellow Magic Orchestra and Jean- Michel Jarre. Since the age of twelve he has been involved in making music.Strongly influenced by the new wave of the 1980s he started to create his own music inspired by legendary bands such as Japan, Ultravox, Visage, Heaven 17, Human League, Gary Numan, Simple Minds, Devo, DAF, and Depeche Mode. After a couple of years trying to find the right sound and direction he joined the band The Innocents as keyboard player and sound sculpture wizard. Five years down the road, after the band dissolved, Kristian took a break from music and got involved in different business projects.His appetite for creating music once more came alive after staying in London in 1990 listening to new groundbreaking music played at the early warehouse parties. Full of inspiration, Kristian went into the studio in 1992 to create new tunes. One of the tracks, “Tundra,” became very popular in the clubs in Scandinavia and in 1993 a 12′′ record was released by R&S Records (Belgium) under the project name “Tundra.” After leaving R&S Records his second project Sonar Flowers was released on Danish label Out Loud Records. In 1994 Kristian decided to form Elysium together with co-producer Carsten Wigant (who left Elysium a year after).After many days and nights in the studio Elysium was signed to the Belgian label Nova Zembla Records. In 1994 Nova Zembla records released the debut 12 inch Project One which became very successful across Europe. Following “Project One” Elysium released classics such as Dance For The Celestial Beings, Monzoon, and the Master Of The Rainforest EP.Elysium has an extended catalog of releases on top labels such as Nova Zembla, Dragonfly, T.I.P., BNE, Matsuri, Flying Rhino and more including six albums and numerous singles and compilation releases.