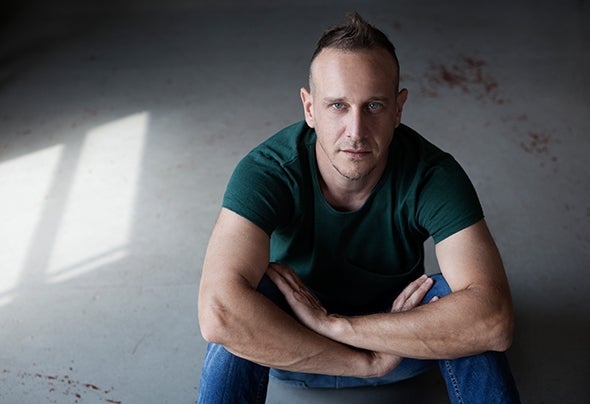 Some say that our pulse gives us the rhythm of our body and life. This rhythm is changing while we walk, run, eat, jump or have sex. It's so natural we barely notice this reoccurring cycle phenomena and continue with the soundtrack of our lives. Dubi Dagan, aka Ritmo, has managed to formulate a unique technique that captures moments in our lives and translates them to an addictive rhythmic Progressive Trance creation. Dagan always had a lust for music, starting with Heavy Metal in his adolescents at the Krayiot in Israel, which satisfied his energetic soul, and fully maximized it with the help of his electric guitar. Towards his adult life he decided to explore the electronic regimes of 80's & New Wave bands such as Depeche Mode and gave his respect to Electronic pioneers such as Jean Michel Jarre. When the 90's exploded with multiplying Electronic Dance genres, Dagan had joined the ride with the likes of Prodigy, until he discovered Psytrance and realized this addiction is going to last. After visiting in various cultural inspiration including Japan, U.S.A and India, Dagan came back to Israel and started his first steps behind the decks as a resident Dj, at the Luna Club, at Haifa.Being a music fanatic couldn't leave Dubi indifferent; this is why it wasn’t long before he decided to begin working on his own project, and so Ritmo was born. This Progressive Psytrance project filled in what was missing in the Progressive Trance genre for a long time - the rhythm of our bodies and soul. While tuning his sound skills as a sound engineer at DubiDub studios, a company responsible for dubbing television and cinema, Dagan started to experiment in order to achieve the perfect sound. Ritmo joined the acclaimed Iono Music records in 2007, and about a year after released his first compilation "Grand Slam". Short after that, in 2008, he finally released his awaited debut album "Disharmonic Silence" and immediately gained attention and popularity, locally and globally. Dagan has joined forces with Alon Brillant in another project called Ritree, who gave him the opportunity the toy with faster and more psychedelic tunes. After the release of the debut album, Dagan had little rest or sleep due to the massive collaborations and gigs he had received across the world. Among the many incredible events he took part in were Fusion festival (Germany), Tribe(Brazil), XXX Perience (Brazil), 303 Art festival (Brazil), Indian Spirit festival (Germany), Spirit Base festival (Austria) and much more than can be elaborated here. His collaborations are as exciting as his tours: Nok (EP – Multistop) which is a frequent collaboration, Ace Ventura , Liquid Soul, Symphonix, Rocky, and many more. He released "Archive 9" in 2009 with remixes to other artists and remixes that artists made to his music, receiving amazing responses. A year after, in 2010, he released a remix EP called "Music from Heaven" at Blue Tunes records, which gave 7 interpretations to the theme track. Ritmo's music was released in other major labels such as Iboga and Perfecto. A fraction from his 2nd most anticipated album will land on earth soon and will mark another evolutionary step in his artistic career.