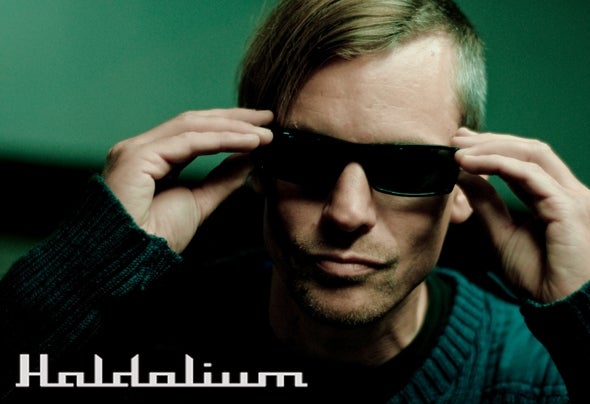 The twentieth century drew to a close when some tracks appeared that gave an interesting new spin to the flourishing Psychedelic Trance scene: Rather than piling up excessive melody layers and packed arrangements as usual at this time, the distinct psychedelic moments in the music of the project Haldolium evolved from a reduced and very considered use of sound effects and single melodies.Dark acoustic sceneries, inhabited by mysterious, weird noise figures delivered a very atmospheric, surreal and trippy listening experience and redefined the term “psychedelic”. In this manner, already the debut album “Deagua” presented byMario Reinsch and Mark Lorenzen from Hamburg got quite some exposure in 1999. But it was one year later when the successor “H2” finally confirmed their projectHaldolium to be one of the major driving forces behind a musical development that had rapidly taken off: Progressive Trance. That double CD became an epitome forthis style with its already remarkable musical maturity and independency that was featured not only on the deep, groaning and organically rolling Trance part but alsoon the sophisticated Ambient disc that included five very complex and emotional compositions.Rapidly becoming one of the most wanted Progressive acts during the following years, Haldolium tracks like “2nd Movement”, “Be Real” or their remix of Pink Floyd’s“One Of These Days” represent timeless anthems of this genre still being played at parties today sometimes. But the two dudes did not rest on their laurels:They consequently pursued the motto “progressive” and accordingly quite every released track and especially all the following albums represented an ongoing musicaldevelopment. While experiments with vocalists, non- electronic instruments and in fluences from club music might be quite usual for Progressive today, the two of them did important pioneer work in this respect. Eventually it got a little quiet around Haldolium between 2007 and 2010. During this period, the two dudes dedicated to certain other projects: Both finished their actuallybest productions ever and became fathers of families thereby, Mario is now engaged in programming audio plugins for ProTools and both also enjoy ordinary, non- musicalhobbies like kite surfing or watching an exciting match of their favourite football club Werder Bremen again. But of course their deep passion for music had never gone entirely.In 2009, “Spring Is Far To Come“, the second album of Mario’s song-orientated downbeat project Emou, was released. And finally the two of them could not resist creating somesolid dance floor music again as well. So the year 2010 kicked off with three up-to-date versions of some of their greatest bangers. These gave a delicious foretaste on whatto expect from future Haldolium productions: A recollection of basic skills, the project shall become a reliable quality reference for driving, dark Progressive Trance again.