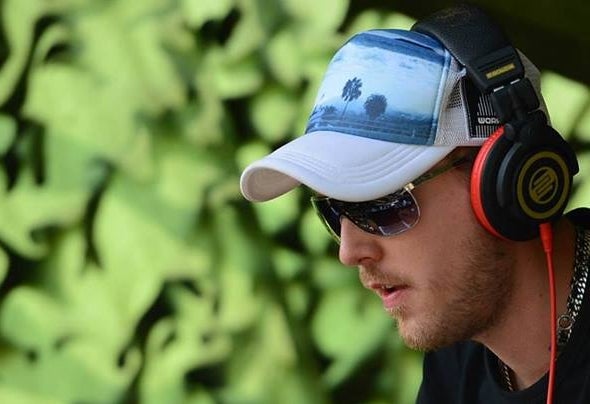 "Alter Nature" is AndrÈ Jonsson, at the moment one of the fastest rising progressive artists from Sweden. He has always been interested in making musicand has produced almost every single genre of electronic music since the age of 12, but it was not until 2003 he started making psytrance, that time under thename "Bohemica", a fullon project, making him a well known name inthe Swedish psyscene. In 2007 AndrÈ started making progressive psytrance,but he was still focusing on his fullon project, it was not until 2011that he really started to work serious on his Alter Nature project. It didn¥t take long until he got booked to the biggest psytrance parties and festivalsin Sweden such as Technostate, Genesis Festival, Connected Network, UBV, and a lot more. And it was after that, the owner of Technostate, Nick Psarros,took him under his wings to become his manager.In Early 2012 Alter Nature signed to the famous progressive-label"Spintwist Records", home of big names like Neelix, Day Din, Audiomatic, Vaishiyas, Fabio & Moon and many more.The first EP ever released from Alter Nature was almost a small album containing 2 remixes to the legendary Swedish act "Vibrasphere" and 4 original tracksand the EP was called "When The Road Met The Sky"At that time Alter Nature¥s music started to spread to all the corners of the worldand he got his first gigs outside of Sweden, first ever gig in anothercountry was at the big indoor party called "Tamtam" in Denmark,not far after that he got booked to his first festival gig at the legendary festival "VuuV" in 2012.Now it¥s 2014 and Alter Nature has played at festivals such as "Indian Spirit","Air Beat One" and has released 4 EP¥s and is feautured on more than 40 compilations onsome of the biggest labels in the scene such as Spin Twist, Blue Tunes,Ovnimoon Records and more.AndrÈ is a very talented producer with his own style, his music has a mix between beautiful, timeless melodies and a pumping steady beat to create an experience on the dancefloor!Today Alter Nature is working to finish his 5th EPthat will be released on Spin Twist Records spring/summer 2014!