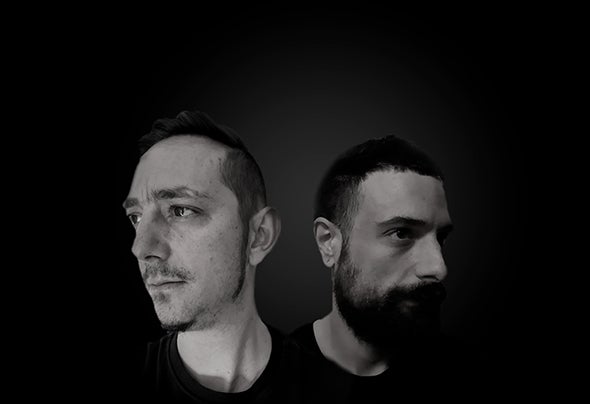 “Dual Vision is a project born in 2012 which formed a union between Michele Pedrotti & Matteo Paternoster. Michele’s connection with music begun when he was young and studying various musical instruments. In 2010 he attended the SAE institute in Milano to study audio engineering. Matteo started as a Dj in the psytrance scene back in 2003 - both organising and playing multiple events which helped further his skills and build his name. He played at a lot of events like Renaissance and Spirit of Gaia, as well as various clubs all over Italy - sharing the stage with some of the best artists in the psytrance scene. After a lot of studying and researching, Matteo and Michele formulated their sound, which encompassed both modern and classic influences from many aspects of electronic music - to bring you their bespoke, original & fresh psychedelic modern style. Together; as Dual Vision, they have toured all around the world in multiple countries, playing gigs in: Brazil, Germany, Hungary, Switzerland, Austria, Greece, Thailand and many more! Their sound can be described as a stunningly eerie blend of haunting leads fused with driving beats, spaced out zappy sounds, charming melodies and cool percussion. Their music is a refreshing journey into a new dimension of psychedelic trance; yet still pays homage to the fundamental classic foundation of this magnificent genre! Their hard work, dedication & passion to the scene paid off at the start of 2019, when they were signed to the legendary label Iono Music!”