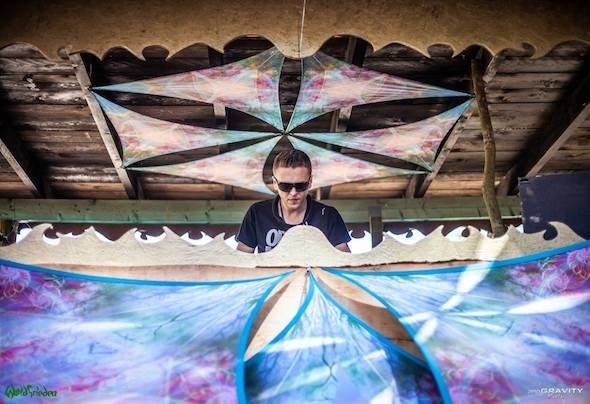 Behind the WAVEFORM project is Nazar Iogkanson, who was born in Ukraine in 1990 but living and producing in Greece. When he was just 13 years old, Nazar started experimenting with music styles and software to produce his own tunes. After few years of exploring the boundaries of electronic music, he discovered the "psychedelic trance" and immediately became a fan of the style. Nazar released his first tunes in 2012 and since then he was featured and released music on almost all major psytrance labels, such as TesseracTstudio, Yellow Sunshine Explosion, Digital OM, Ovnimoon records and more. He released several EPs and singles in 2012 and 2013, which were featured on VA compilations together with names such as Sonic Species, Braincell, Talpa, Flegma, Zyce and more. In April 2017, Nazar releases his debut album called “Center of the Universe” on TesseracTstudio which was a big success and reached Top 10 in many charts (such as Psyshop, Beatport, etc.) and established Waveform project as one of the biggest talents on the scene. Nazar has built a very unique and special sound as Waveform, being very recognizable only after few years of releasing music. His style is best described as combination of psytrance and progressive trance, with strong bass-lines, punchy kick, psychedelic atmospheres and multicolored melodies.