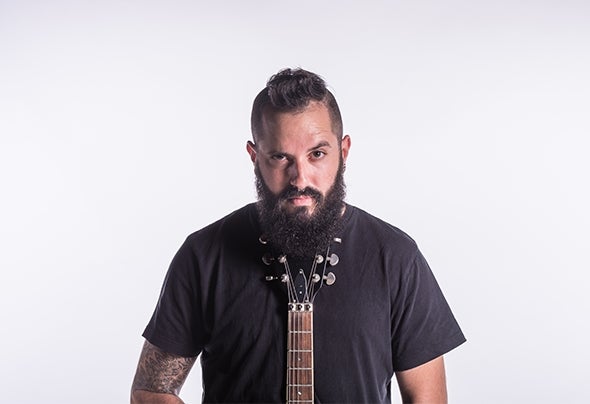 Shivax combines the very best of his various musical influences To create a unique psychedelic trance style. Israeli born Yanai Jascourt has been passionate about music since childhood, his never ending drive brought him to discover trance and electronic music at 18, at which point he started producing his own tracks and left his heavy metal band. Shivax started in 2013, originally the product of Yanai's old-school trance influences. His early albums are characterized by Goa trance sounds, with added influences of other genres that inspired him. In 2015 the project expanded worldwide after returning from India where he played a number of sets while traveling. He started performing live with his guitar, getting greater recognition in Israel And playing at some awesome parties and festivals around the globe, in countries such as Brazil, Portugal, Belgium, Spain, France and Mexico. The "rebirth" of Shivax started in 2017 assuming new direction & style, a fusion of psytrance genres, focusing on sound and production values. His EP, 'Warming Up' was released in July 2017, on legendary Israeli music label, Krembo Records. Kicking off his new vision towards the future! Focusing on fresh and exciting new music, along with touring the world with his guitar, Shivax's future holds in store a fresh psychedelic rocknroll vibe for the whole psytrance scene. Get ready!