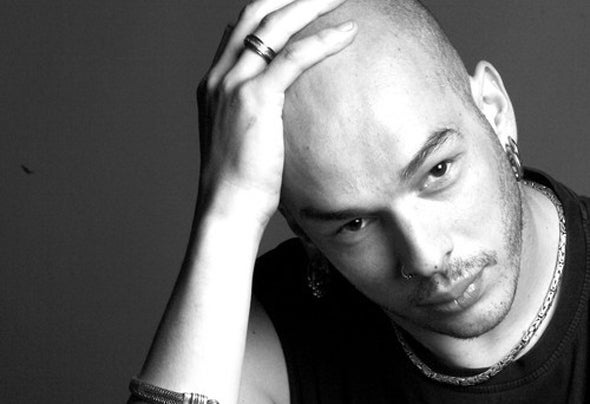 D_Maniac is the solo and main project of Manuel Trindade, born in October 1981. He started playing music at the age of 6 learning keyboard and piano, later playing drums in several bands with different musical styles, until he finally discovered and started producing psy-trance music in 2001! As he gathers influences from a lot of different styles, D_Maniac’s music is a blend of powerful beats and basses with unique melodies and atmospheres as well as some very personal fills and breaks creating a unique journey, ideal for dawn hours in the dance floor. Since the early days he has played all over Portugal, including major events such as Psybertech 2006, Freedom Festival 2007 and internationally known Boom Festival 2010, making his way towards other countries such as Finland, Ireland, Israel, Spain, Switzerland, Russia, Serbia, and playing in Festivals such as Full Moon Festival 2008 (Germany), Resonance Festival 2010 (South Africa) and Hadra Trance Festival 2011 (France). His debut album, Obsessions, was released in January 2010, by the hands of One Foot Groove Records, as D_maniac continues to release tracks in several Record labels like Timecode, Nutek, Buddha Mantra, Namaha, Sidewave, amongst others. Manuel has yet another project with Tiago Pimentel (Tryambaka), called Sick Addiction. Their debut album «Demented Diary» came out in early 2009 by Trance Karma Records, as well as the EP «Writer’s Block» by Timecode Records in 2011.