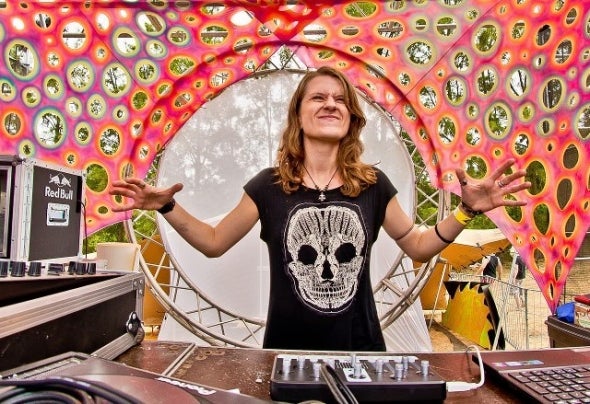 Veronica Iliuhin Loren AKA Iliuchina, a 22 year old prodigy from Israel, started creating music in the beginning of 2007. After releasing her debut EP – “Secret Prophecy” in 2010, she became a part of Spectral Records and Magnetika Agency from Portugal and worked with some of the leading artists in the Psychedilec Trance in the scene today. Iliuchina ranges between 145-147 bpm, with dark brooding atmospheres, spine tingling melodies and driving bass lines.With a debut album looming in 2013, and her recent signing to the Kaos Krew Records artist roster with a 3rd artist EP planned for the end of 2012, she is ready to break loose, so keep watching this space for one of the leading forces out there on the psychedelic trance scene today.