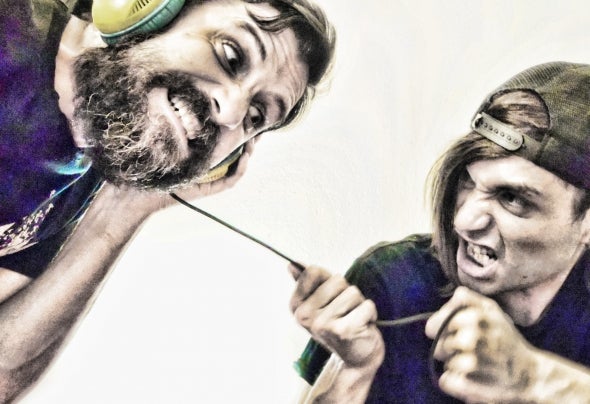 Ex-Gen or Extreme Genetics is a 3D Vision Recordings band hailing from Barcelona, Spain. With a sound characterized as Hi-Tech or Night Full On. Their music has dangerous high levels of energy, power and solid low frequencies integrating both organic and digitalized knowledge of music production with the aim to give a deep and intense ultimate experience to listeners.The band is formed by Dj. Nanuk@Manuel Martí & AumProject@German Martinez part of 3D Vision Rec since 2k8 and partners in Dropland Rec. They have released in some of the most famous labels in the genre such as: Timecode Rec, Fractal Rec, Ultravision Rec, MMD Records and Replicant Records just to name a few.Their genetic music research has made them work and share lab with sound scientists such as Absolum, Lost & Found, Smashed, Khopat, Alienn, Brainwash, X-Side and Theoreme. Also, their extreme sounds have already been designed and tested in different parts of the globe from: Osaka, Kyoto (Japan), Tijuana, Rosarito, CD Mexico, Villahermosa, Cancun...(Mexico), London (UK), Zurich (Switzerland), Lisbon and Oporto (Portugal), Bordeaux (France), Montreal and Toronto (Canada), Turkey, Ibiza, Barcelona and Malaga (Spain).We are NOW ready to perform and do our genetic tests on YOU. See you on the dancefloor.