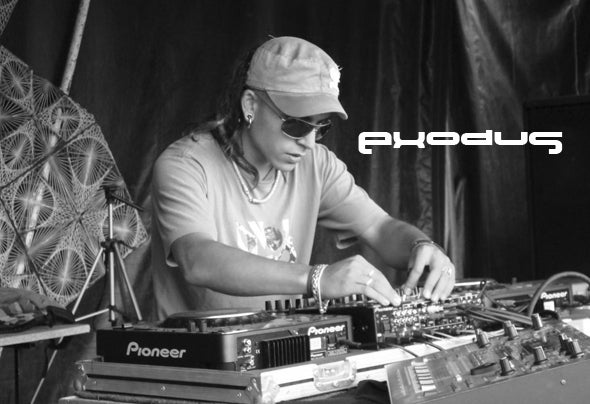 João Peixe, better known as Exodus, is who they've all been talking about. This young kid, born in Portugal, is being called one of the newest promissing acts of his country. Born in 1988 in the beautiful city of Macau, a time later his residency changed to Almada for personal questions. João started his musical career at the very early age of 10 years old. This is exactly when he had his first contact with a real instrument. The drums was the first that he practiced in that time. After a few yearshad passed and João continued to practice the drums until he converted into a professional, but this wasn't sufficient for him. João found it quite unsatisfiable to only practice music, and by this time it was the year 2000. Our friend Exodus was thus an experimenting adult in both his personal and musical life, and this is when he entered the electronic scene in Portugal, where he entered with all his slendor. He was influenced by friends from his childhood that also had the same interest in electronic music, as well as some artists of the same genre. João started to assist at similar events that were all pretty new to him. His curiosity for this type of rythms and style of music was instantly born and who could have imagined that today his music is spread all over the world.