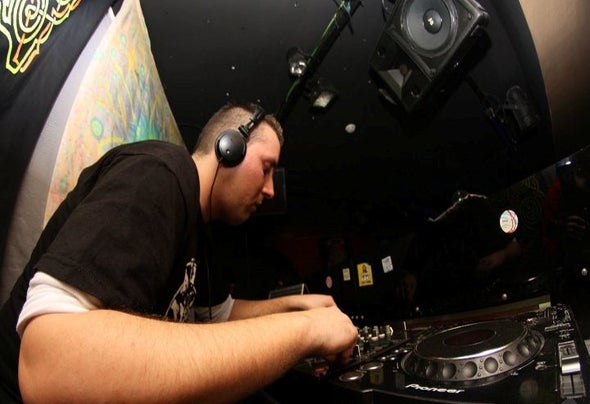 Rui (aka Shakri) is a 31-year-old producer from Lisbon, Portugal. Shakri's project was born in late 2003. Rui's interest for electronic music became quite obvious when he started attending Psytrance parties, in 1996. After a while he started playing as Shakri in various small parties with internationally renowned portuguese artists like Suria, Audialize, Nexus, among others. He also had the oportunity of playing in parties in wich performed Azax Syndrom, Gataka, Eskimo, Void, Ananda Shake, Phanatic, Damage and so on. At the present time, he plays for Moonsun Recs and Genetic Dreams. The year of 2006 marks the release of Shakri's outstanding new work, that will immediately catch you and involve you in a blend of sweet, melodic & psychedelic atmospheres in Chill Out area, with songs like "Fairy the Queen of Moondreams", "Making Magic", "Child of Woods". These songs will surround us with relaxing and atmospheric ambients. In what concerns to the Trance scene, you can hear variou s styles of Shakri's music. "This May Kill You", "Therapy", "Time to Change to Sayko Mode" are a product of his most recent work, just to name a few. At the present time, he have a new dark project called EVILCORE. Evilcore is parallel project, in which Shakri started workin in April 2007, in order to create a fusion of different varieties of trance music: dark, acid and hardcore. What characterizes and distinguishes Evilcore's music is its BPM, sometimes too accelerated, and its atmospheres, that surround us in a journey to de depths of dark trance. Producing acid and metallic sounds, it's capable to make us embark in an amazing psychic journey. At the present time, this project is still in development, so that each and every track can reach the listeners. In the beginning of 2008 Shakri released his third project, KONNEKTOR. Konnektor is a Full on Night Project, similar to the South African Full On sound. His experience doing music makes this project almost unique but fast and groovy for the night time, with twisted synths and big basslines