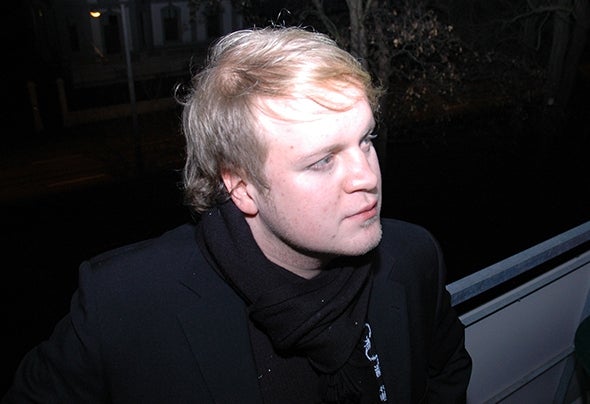 Philippe Derendinger alias Feibz was born in Lausanne, with a big interest in music since his childhood. First symptoms of a musical anomaly appeared in the 90s. Still a child, he sold his guitar and his old organ and bought two turntables and a mixer. Inspired by bands with electronic influences like Depeche Mode, DJs and producers like Sven Väth, DJ Hell and Jeff Mills or der dritte Raum he starts mixing often sleepless through the nights. He started to organize parties and soon first bookings followed. Through his jobs at DJ Beat and Future World he keeps nearness to his passion: music. Very soon turntables don't satisfy his musical greed. Drummachines and synths were bought...having his roots in fast and hard detroit/techno, his style changes with the years more and more to electronic minitec, right there where he is now. Today Feibz aims getting rid of the rigidity in the musicscene where he's in. He wants to give new energy with his style of mixing. Beats complement another wi th many voices, FXs and with an incredible pressure to a pulsating whole/entirety. Feibz' audience is heterogenous, but they have one thing in common: the love for excellent, electric and electronic, intelligent dancemusic. ...he is also hatching his musical phantasies in his studio ... you can expect feibz' further development, his own productions, own tracks and remixes with curiosity; the experience and results of a more than 20 years DJ life. On stage with: Acid Maria, Electric Indigo, Justin Berkovi, Spacedjz, 2Raumwohnung, Eva Cazal, Rainer Trüby und Rubin Steiner, Dj Rush, Chris Liebing, Aux88, Alexander Robotnik, Codec&Flexor, David Carretta, Sonja Moonear, Eric Borgo, Deetron, Manon, Styro 2000, Don Ramon, Pasci, Beda..etc.