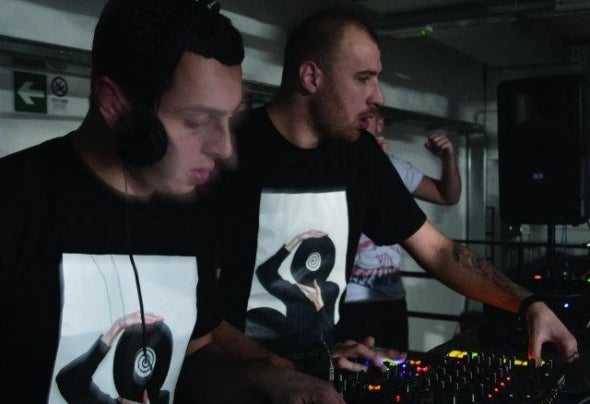 The project "ATProject" was founded in 2008 by the union of 2 dj music emerging Avellino: Raffaele Landi and Giulio Cini, both belonging to the class of 1985. Raffaele cultivated his passion for Techno from an early age, he began playing with the name Raftek in the club of his town. His hunger for knowledge of the fascinating world of 'sound merges with the achievement in 2009 with the title of "Sound Engineer". Giulio Cinicomes from aHouse music, its evolution through the years of 2000 and this also involves changing his style in the party. today is the protagonist of 2 actually, one known as ATProject and the second as Giulio Cini (using Tech-House sound). In 2009 the Neapolitan organization "Hardfactory" decides to put ATProject in the most important partieswith great success. Raffaele and Giulio have played with the best artists of the international techno scene: D.A.V.E. the Drummer, Chris Liebing, Ben Sims, Pet Duo, Frank Kvitta,David Moleon, Patrick DSP, Eric Sneo, Eto & Gab, Fernanda Martins, Candy Cox, Bas Mooy , Joseph Capriati, Oscar Mulero, Reeko, Raul Mezcolanza, Aitor Ronda and more. The visibility and success can do appreciate their music all over the national territory, in fact, among the many events in which they have played include: World Series Techno, Hard Park Festival , Electronic Champions League, in the most and cool location of Italy: Old River Park (Naples), Duel Beat (Naples), Ennenci (Naples), Rashomon (Rome), Link (Bologne), alongside the biggest DJs in the world. In the context of the musical productions have found labels ready to produce their works that are in style and consensus in line with their way of playing. The tracks are a perfect mix between the expression of the old Techno music with the addition of modern electronic sounds.