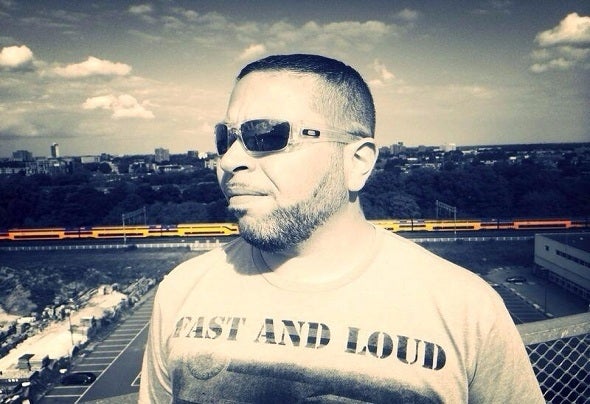 Born and raised on Curacao N.A., this Antillean boy got raised with allot of musical styles which he still carries with him in his veins. After finding his love in spinning vinyl, he had to move to Holland for studying. This is where he came in contact with his love for electronic music. Having played alongside names as Gayle San, Mike Drama, Oliver Kucera, Frank Kvitta, Sven Wittekind and many more, he has shown a style that makes those party feet move nonstop on the dancefloor. Last summer he was asked to even come and rock the show at Decibel Festival. He has gained allot of respect by some of the bigger names in the scene with his driving and pounding releases, either as a remix or original. Nowadays he’s releasing material on Elektrax Rec. // Mastertraxx // Elmart Rec. // SickWeirdRough // Trust Recordings // Kucera Rec. // Gobsmacked Rec. // Extorsion Group Rec.// Gayle San Rec.(GSR) // Naked Lunch // BassAssault Rec. to name a few. More releases to follow soon, so this won’t be the last you’ve heard of him! T he motto he goes by nowadays and that has been told to him by a good friend is: “Don’t speak anymore...let the beats do this for you!”