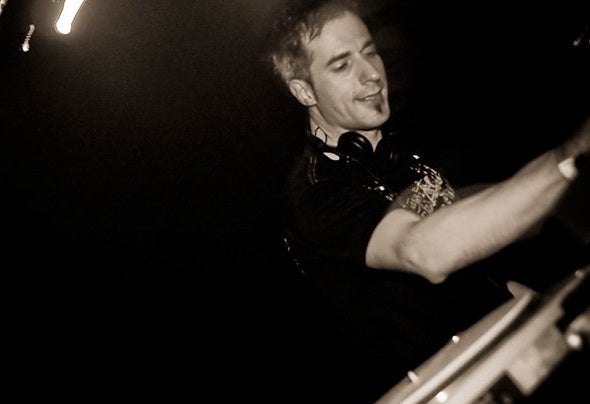 Stanny was born on the first of November 1973 in Tongeren, and grew up in the tranquil countryside nearby. At the age of 12 he moved back to the city of Tongeren. As a single child he quickly learned to be independent, with scale models taking up much of his time and attention, but all that soon changed as music grew to become his biggest love. Thanks to the influence of his friends he became infactuated with electronic body music and new wave, both styles already drawing greatly from Eighties electronica (such as Front 242 and Nitzer EBB). The ‘Krapuul Deluxe’ radio show hosted by Luc Janssen on the Dutch station VPRO provided a further source of inspiration. The early Underground Resistance tracks that were programmed on the show were a revelation, helping him to develop a serious taste for Detroit techno.Around the age of 16 Stanny played his first party, mixing mainly acid techno sounds from influential imprints such as UR and +8. Infected by the electronic music virus he started even buying more records and frequently began thinking about making music for himself. In order to start producing his own tracks he took on weekend employment as a waiter in a club. With the money he earned from this job he then bought his first components of studio kit.Following a period of experimentation and familiarisation with his equipment he sent out a number of demotapes to record companies. Big Time International, a record firm in Ghent, expressed great interest. The tracks needed a finishing touch, encouraging Stanny into the studio with Bart Grinnaert and Laos Mezarros. The project ‘Propionic’ on Reload was born, resulting in three subsequent releases : ‘XY Desolvation’ , ‘Immunochemical Epoxy’ and ‘Back-Feed’.Stanny invested further in equipment, driven by a desire to make tracks without the aid of others. A year of immersing himself in his new studio kit resulted in a few fresh tracks he was most satisfied with, and again Reload was happy to release them : Cronical Re-Form was born. Stanny was greatly encouraged by the response his music was now receiving, and embarked on a more intense phase of producing. Zzino, the former label manager of Reload, could not release all the tracks, leading to a new alliance with KK, who were more than eager to release Stanny’s material under the name ‘G F’. Under this guise Stanny unleashed two full albums : ‘Electronic Lesson 1’ & ‘EL2’, both receiving critical acclaim both in the international dance press and among his colleagues. Sven Vath took greatly to Stanny’s work, playing his ‘Obsession For The Unknow ep’ during his ultrashort set at the Siegesaule during Love Parade ’98, whilst ‘Electronic Lesson 1’ even reached the number one spot in Sven Vath’s chart.After such high exposure many others soon picked up on his unique skills, widening the road for the new contacts and deals followed. ‘Mystic Shape’ became Stanny’s moniker on the UK’s popular Primate imprint, and it was this release that triggered a profusion of international bookings. During one trip abroad he met the much revered Italian producer Marco Carola and the two instantly connected. Marco asked him to do some tracks resulting in ‘The Fifth Galaxy ep’ on both Zenit and Ante Zenit (Ltd).Gaetano Parisio (aka Gaetek) got on the phone to Stanny soon after hearing his material over at Carola’s house. Subsequently the ‘Between The Lines ep’ came out on Conform at the end of 1998. Another massive release followed on the Intense label. The French imprint Kobayashi showed interest also, arranging the release of the ‘Oxidation ep’ (not forgetting the forthcoming ‘Calibration ep’ in September 2000). Releases then followed on Zync, Skunkwork, Molecular and Countdown 2000 (May), together with another release on Primate.)Stanny naturally started thinking about a label project of his own. In August 1999 plans were drawn out for GENETIC RECORDS, This year the label will reach it’s 20th release. People like Umek, Danillo Vigorito, Rino Cerrone, Manu Kenton, Davide Squillace, Boriqa Tribez and Stanny himself made this possible.Around 2002 Stanny started to work more together with other artists, The first collaboration was together with Patrick Lindsey, resulting in “Bad Pimps”. Signed on Monika Kruse’s label they bring us a good combination between old skool funk and pumping techno beats.The Second one he started with DJ Lowdown (aka Franssen vs Lowdown) and they got signed on the Intec label from Carl Cox and Dave Angels label Rotation bringing us more filtered techno tracks with housy influences.Despite such a productive release schedule Stanny still finds time to accept some of the numerous remix requests he receives. Henrik B, Johan Bacto, Samuel L Session, Chris Liebing, Monika Kruse and Misstress Barbara are among the many distinguished producers who have come knocking on his door with remix requests.