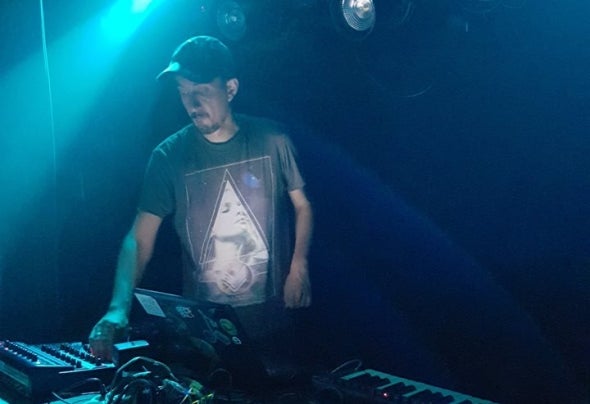 ailing from Serbia, Alavux is one of the purveyors of the Electro-Techno sound in his region of Eastern Europe, where together with his E75 crew, our music has been represented with passion and dedication for well over 20 years. Having recently released the massive "Octagon EP" on the infamous Bass Agenda Recordings with support from the likes of Dave Clarke, Alavux continues his quest to annihilate the complacent masses with his unique flavor of fast paced, tenacious Electro sounds that have gained him notoriety all over the world as one of the true Knights of The Roundtable of the music. Born Goran Alavuk in the city of Belgrade , Serbia, and growing up in a region in many ways removed from the global underground Electro Bass scene, yet no stranger to Electronic music in general, he would eventually find himself gravitating towards the sounds of Mid '90s Acid, Techno and House music; soon enough beginning his own adventure in music production leading to a top 5 spot on his country's national charts with one of his first tracks called "San". Alavuk recalls of his humble beginnings, saying: "I start in '95 on friend's Roland XP 50. Then some experimentations with Fast Tracker 2, and Rebirth 1.5 until '99 when I got my first gear: Roland MC 505, Roland A33 MIDI keyboard and PC (celeron 300 mhz)."As the new century set in, Alavux continued to be one of the heavy supporters of the then nascent "3rd wave" of Electro Bass and Funk music, though it would be quite some time before he would begin a consistent output of releases. He is as much a visionary, as much as he is a devout lover of our music and the foundation laid before him by his predecessors.