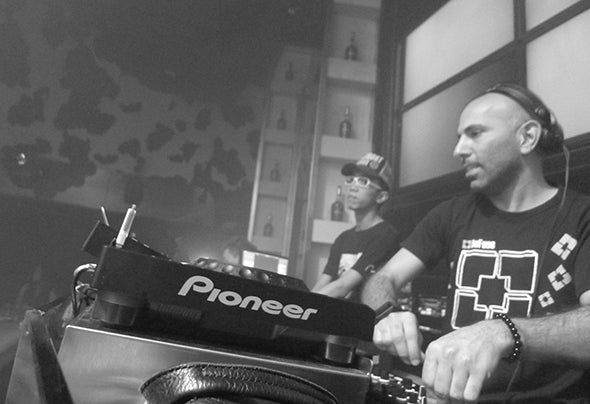 Ziv Avriel has been dj’ing since the early 90’s; in 1996 he left for Amsterdam to experience The European music scene. In Amsterdam he discovered the sound of techno with dj's like: Sven-Vath, Jeff-Mills and others who influenced him. It took a few months till he shaped his set and started to play everywhere he could (from the Fun-Factory to various venues in Amsterdam). Ziv's musical style can be describe as Groovy Tribal Techno. In 1999 Ziv started producing with dj Diablo from the Netherlands, and they are still working on joint material. Some is appearing on defuse records 1St. Album “Fusion Vol.1" At the same year (1999) he got his Sunday nights' residency "Underground Heaven" in the famous club "Mazzo" (Amsterdam). where he played with some of the most famous dj’s in the world. Like: Rush, Misjah, Valentino Kanziyani, Jerome, jp, Shinedoe, Estroe, T-Quest, Poul Jay, Alan Inferno, Steve Rachmad, Carlijn, Cellie , Thomas Schumacher, Joel Mull, Damon Wild, Commander Tom, Kazu Kimura. His abilities brought him to play in such diverse locations as: South-Africa, Slovenia, Nederlands, Ibiza & Canada. During 2000-2001, Ziv was working in the famous "Groove Connection" record shop, which was voted as the best record shop in Amsterdam that year. In 2005 he became a partner in the “Groove Connection" and continued to work on his music. These days Ziv is busy on production and on bringing his sound to the audience Out there.